You Are Not Being Punished, You Are Being Promoted – Part II @intercession4ag @trackstarz

Shows us what’s in our hearts: All the commandments which I command thee this day shall ye observe to do, that ye may live, and multiply, and go in and possess the land which the Lord sware unto your fathers. And thou shalt remember all the way which the Lord thy God led thee these […]

Social media is both a blessing and a curse. Social media and the internet in general have made the world a much smaller place and it’s easier to connect with people in different states, countries, even from distances as far as other sides of the planet! The downside is now everyone with an opinion has […] 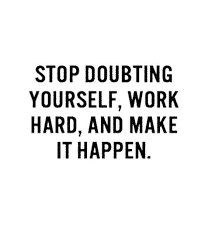 “If I had what they have, I would do this with it.” I have heard a lot of conversations revolving around other people’s possessions and abilities. This can often become a fantasy world for us. We can imagine having anyone’s status and imagine what we would do with those powers or abilities. I used to […]

A few months ago I watched CNN’s documentary series “The Sixties.” During that time in the United States of America the atmosphere was thick with conversations, thoughts, and feelings on race. That decade is marred with the assassinations of John F. Kennedy, Malcolm X, and Martin Luther King Jr., as all three were deeply woven […]

Have you ever been in a situation where it felt as though the ground was completely taken from underneath you? Yet, you still somehow we’re expected to walk. That is how most of us feel in the midst of suffering.  The Bible describes it like this: Beloved, think it not strange concerning the fiery trial […]

Everyone reading this has probably heard of one of the biggest brands in the world right now, Apple. They have taken the market by storm. You probably see their products several times a day out in public. People are walking around with iPhones, college students are buying MacBooks, and their product is all over tv. […]

Throughout the years I have heard people make statements depicting the relationship between faith and circumstances as a direct correlation. Maybe you have heard someone say, “You are having this problem because you do not have enough faith.” We tend to judge people’s faith according to their circumstances. If they are in a bad circumstance […]

Colin Kaepernick of the 49ers has made national news ever since he didn’t stand for the National Anthem. This “controversy” has sparked many conversations about protests and patriotism and many people have their own opinions. The vitriol spewed from the hateful online people was astounding and yet surprisingly familiar. People have equated not standing for […]

Super Bowl Sunday is the one time I look forward to television advertisements. On average it cost around 4.5 million dollars for a 30 second spot on air. Advertisers pay for the show to go on most of the time. Sponsors will pay someone money if they believe in what they are doing or are […]