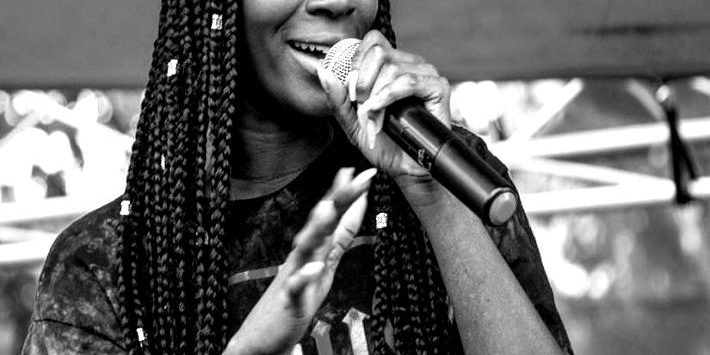 Last time we sat down with L3XDIVINE, she was telling us about her start with Christian Hip Hop and making music period. You can check out part one here. Today, we talk about one of her earliest records, the focus on the spiritual side of things in her music, and her acceptance within the Christian Hip Hop Space.

TZ: I first heard about you in 2019, with “I Ain’t convinced,” which is your first song on the streaming platforms. I don’t even know how I stumbled across it, I think someone shared it on Twitter. What made you finally put out a song for the world to hear?

LD: Actually, I had put out a series of stuff on Soundcloud. For me it was just finances with regards to getting distribution. Some will say, “It’s just twenty dollars,” but it was twenty dollars that I didn’t have. It was that real for me. So I wasn’t never really able to put out music where everybody could put their hands on it. Then one day someone was like, “You can have this beat, it’s free to use, do whatever you want with it.” When I listened to it initially, it wasn’t my sound. I’m not really a trap artist, I’m more hip hop or whatever. But I sat on it and was determined not to let this beat go to waste, and finally, some things started to come to me.

LD: At the time I was telling my story as a freshly saved babe in Christ. I was trying to live out the Gospel before my family and them not really understanding. I used to deal with spiritual warfare and get these attacks and question whether I heard God wrong or whatever. Eventually I just wrote this hate letter to the devil, just telling him I wasn’t convinced of his lies anymore, because at one point I was convinced. I did believe that I wouldn’t make it and believed those lies. “I Ain’t Convinced” was birthed out of that struggle and that’s why it came out in 2019.

TZ: You make a lot of music that’s spiritual, even for the Christian Hip Hop Space. What drives you to make that kind of music and what has the response been to your music?

LD: When I came to the faith, it was one of those hard punches to the face. I was so asleep even as a Believer, raised in the church, active with the youth, and singing in the choir, I was still asleep. When God woke me up to the amount of sin I was in, I have to talk about it! I have to talk about the things we wrestle against, I have to talk about spiritual warfare and the spiritual realm. I have to! I feel in the Body, we are so disconnected from the source and I want my music to do two things: 1. Bring people closer to Christ and 2. Let people know there is so much more to us, to our lives.

TZ: And the response to that type of music?

LD: Generic responses, “You dope” and “you got bars.” Some say they have to go back and listen because it’s so layered, because I do write in layers and metaphors, so people have to come back and listen again. But the overall response is “She fire!” which I appreciate.

TZ: Do you ever have fans tell you that your music has helped them?

LD: Some appreciate my insight with the Gospel and appreciate that I am who I am. Some say my music makes them want to seek God more, which is all I want my music to do! Ask God questions! Others are encouraged by my lifestyle, which is great.

TZ: Who was the first artist to really accept you in the CHH space?

LD: That’s JGivens all day. We were in the same city and he was just around. If I needed anything he was there. We used to spit in cyphers and when I would record music, he would tell me to punch certain ways. When I started to go out and meet people they would say, “J told me about you.” That encouraged me, because he thought I was dope enough to tell people about. That helped because at the time I had an inaccurate view of myself and my abilities. Trisha Bell also embraced me and took me under her wing like a big sister. She would tell me, “Sis you really be rapping!” Now years later, I can tell her, “I’m still rapping sis!” So yeah, those two were the first to really embrace me.

That’s all for part two of our interview with L3XDIVINE! Join us next Tuesday as L3XDIVINE tells us about the “Jackson Pollock” challenge, the meaning behind her name, and some other cool stuff. Hope to see you there!