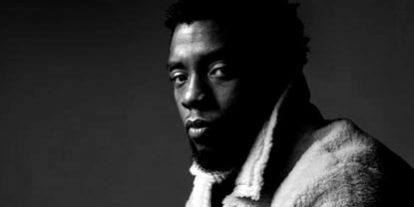 I’ve always loved Chadwick as an actor, but I will be honest. I did not know how awesome he was as a whole person until after he passed away. I began watching several videos of him online and each one ministered something awesome to my spirit. I share below 3 lessons I’ve noted from him that are like a confirmation to me as a woman of God on my journey of life:

Be willing to take a loss for your convictions trusting that God has something better:
Chadwick told an amazing story of his first television job on a soap opera. He was to play a young Black male with no historical background, who lived out a life of victim-hood making poor choices. He felt the role was stereotypical of African American males. He discussed this with his bosses on that show, who ultimately made the choice to fire him. Chadwick took a loss.

That job agreed to pay him the most money he’d ever seen in his life. After being fired, he was thrust back into the world of auditioning, being broke, scraping up change to get to auditions. He was told by his agent he would not get a job in some time because he was seen as difficult. He could only question if he made the right decision. Of course, he did. How many of us have taken a loss for holding strong to our convictions and values?