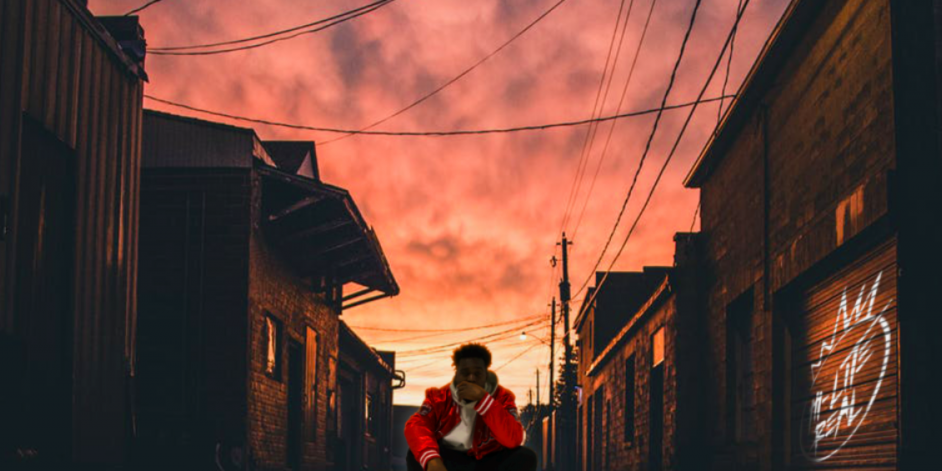 During this time of civil unrest and social distancing, a lot of music has been released. Some artists are releasing back to back projects or singles, giving us plenty of music to get people through these hard times.  A familiar face, Hi Lite Real, is back just two months later after our last review of his music, with another EP packed with great music.
The first song on the project is “Reading Rainbow,” produced by Young Rondo Beats. Hi Lite says his life is an open book for the listener to read. He asks for people to listen deeper and take a longer look. This ties into the title, as Reading Rainbow was a popular show encouraging children to read. The hook is the star of this song over the dreamy and spaced out instrumental. The next song is “Oh My,” featuring WestEndShawty and produced by Joey Futuristic. This song has a slight bop to it and the bass will definitely have your head nodding. Real starts the song off with the hook saying he’s going to be great and he puts that on his parents. WestEndShawty on the first verse, spoke about how life was hard but he’s continuing to go hard for God. Hi Lite comes in on the second verse and he’s just skating on this beat. He also goes into his ups and downs but he’s still pushing. The road to being great and fulfilling a God given vision isn’t easy, but Real understands that with God, all things are possible.
The third song is “Miracle” produced by The Mili$ha, and we have Hi Lite Real dipping into his singing bag. He’s asking for a miracle to be on the other side of whatever he’s going through. He’s been feeling stressed and he’s been praying for weeks. I like the line, “there’s a premier and a finale in every season!” That was a witty way to say there’s a start and end to every season of life. Also, “Some of life’s fiascoes I kick and push” and, “Every level got a boss battle, be the victor.” Although the beat was a slower tempo, Real was giving that real talk.
Hi Lite Real has been fairly open on this project but on the Swae Does Damage produced “Wondering Eyes,” this could be Hi Lite at his most candid. There are a lot of songs about vibes and such, but no one is really talking about the battle with lust. The last record I recall candidly talking about giving into lust and the consequences was KB’s “The Art Of Drifting,” released back in 2017. Real dropped so many gems you’ll have to rewind this a few times. He starts with, “Even with blind eyes a man can still see” and he goes in from there. It’s clear Real has experienced first hand the overwhelming power of lust as, “sex turns to regrets, strange vibes and weird texts, before you know it that’s your ex.” He goes off on the second verse and I love how he twisted the nursery rhyme of sitting in a tree, but he modified it for today. This song may be my favorite on the project based off the content alone, but this beat sealed the deal for me. This beat with the distorted but still recognizable sample, takes you on a journey through Real’s mind. The decision to let the beat ride for the last thirty seconds allows the listener to soak in the sounds, salute to the Dave Does Damage.
Hi Lite Real concludes the project with a soulful and jazz laced beat “Grace.” The DJ Outrageouz produced instrumental, takes up a third of the seventeen minute run time of the project. Real had a lot to get off his chest on this song. The project took us through the mountains and valleys of Real’s life but he’s still standing because of God’s grace. Real is praising God for his grace on his life and it stays on his mind. This is Real’s declaration of victory over all that tried to hold him down. This is a great way to end the project on a positive note.
Hi Lite Real took us through one room of his mind on his previous project ‘Me,’ and on ‘Myself’ he took us through additional rooms. This project was personal yet relatable, a hard enough task to do, especially as a young Christian artist. Real has a wisdom that belies his age and this project is indicative of his maturation as a man, Believer, and artist. His ear for production was acute as ever as he chose instrumentals that were related but not too similar to be indistinguishable from each other. There were no anthems, but in a sub genre that’s known for them, it was refreshing to listen to a project without them. That’s not to say the album was sleepy, the album knocks in certain sections and is introspective on other parts. This is another solid project Hi Lite Real has released to the people. If you want great introspective and inspirational music, then Hi Lite Real’s ‘Myself’ is a project you want to invest in.
Categories: Album Reviews, NewsBy Kenneth WoodsJuly 27, 2020
Tags: album reviewchhHi-Lite Realhip hopKennyFresh1025MemyselfNectarRefresherpointTrackstarztrackstarzuniverse
Share this post
Share on FacebookShare on Facebook TweetShare on Twitter Pin itShare on Pinterest

Chris Oaks Teams Up With UK Artist Guni To Share Their Experiences With Betrayal On “Green Streets” | @chris_okez @trackstarz
May 10, 2021
Show #395 – Here’s What Can DESTROY Your Relationship | M&M Live Radio
May 7, 2021
Go to Top