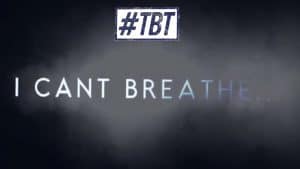 “Therefore, remember that formerly you who are Gentiles by birth and called “uncircumcised” by those who call themselves “the circumcision” (which is done in the body by human hands)— remember that at that time you were separate from Christ, excluded from citizenship in Israel and foreigners to the covenants of the promise, without hope and without God in the world. But now in Christ Jesus you who once were far away have been brought near by the blood of Christ. For he himself is our peace, who has made the two groups one and has destroyed the barrier, the dividing wall of hostility, by setting aside in his flesh the law with its commands and regulations. His purpose was to create in himself one new humanity out of the two, thus making peace, and in one body to reconcile both of them to God through the cross, by which he put to death their hostility. He came and preached peace to you who were far away and peace to those who were near. For through him we both have access to the Father by one Spirit.”
‭‭Ephesians‬ ‭2:11-18‬ ‭NIV‬‬

I’ve been at a loss for words over the death of George Floyd. These reoccurring incidents of violence against Black people by police are getting more and more outrageous. I can’t even lie. Sometimes I get worried when I leave the house wondering am I going to make it home? Is my mother going to be the next Black woman on tv grieving over her son?

I have brothers, nephews and close friends that are like brothers to me and I get concerned about them when things like this happen. It makes me sad and it angers me. Even now as I’m writing this it brings me to tears. To feel like my people are just considered as threats. That no matter what kind of good activities we involve ourselves in, how educated we are, how much money we make or how well dressed we are that all they see is just another N¡&&£R. 🤬  Excuse my strong language, but it’s real. That is how some people see us.

As painful as all of this is, I thank God for His Holy Spirit living in me. Not so I can just gloss over all of this with some cliche Christian slogans, or Christianese as I like to call it, and act like everything is ok. God stands for justice. It is one of the attributes at the core of what we believe as Christians. Jesus on the cross, wrongfully accused and suffering for the sins of all mankind is Himself stepping in and serving the requirements of ultimate justice towards God. Man sinned against God and the penalty had to be paid. Man couldn’t pay it so God came down as a man and suffered in our place. Justice was served.

Christ fulfilled justice for us to give us access to the Father and to be the children of God we were intended to be. That is why in times like these, we as believers can still have hope. Not because of anything we can do in our own strength. It is the almighty power that God demonstrated when He raised Jesus from the dead. Without the resurrection of Christ, we have no hope at all. Because Jesus was raised from the dead the Spirit of God can come down and live in us and empower us to shine the light of God in this cruel, dark world.

Some of us have callings to preach and teach the word. Some of us have callings to get in the trenches and fight the fight of exposing and correcting injustices in our society. No matter your calling go forth in the power of God and fulfill that calling. The evil and the injustices that happen to people like George Floyd, Trayvon Martin, Sandra Bland and a host of others will happen again. But God has His people in the earth that can destroy the works of the devil and reveal the kingdom of God to bring justice.

The devil would like to put a stranglehold on God’s people, but we can’t let that happen. In the book of Genesis, we can look to the creation story to see a hidden truth. God created man out of the dust of the ground and man was just an empty shell. God then breathed into man the breath of life and it says that man became a living soul. I share that to point out that man without God is dead and lifeless. Just a shell.  Not just specifically as in man without a literal spirit, but we can see mankind living life disconnected from the Spirit of God is dead. Just a shell. My prayer is that the wind of God would blow afresh on us and breathe life into our world. Dear God, let us breathe. 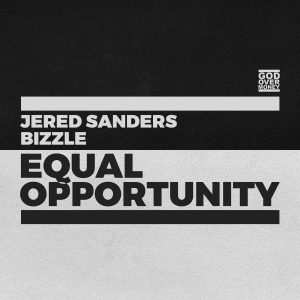 That leads us to our Throwback Theology Song of the Week. This is from the God Over Money camp. It features Bizzle and Jered Sanders. The featured song is a song they dropped in 2017 called “Equal Opportunity” featuring Jered Sanders. The song was inspired by the lack of support from some Christian circles when Bizzle addressed white supremacy and racial injustices that had taken place at the time. If you haven’t heard it it’s is a free download on noisetrade.com. Tune into Trackstarz to hear DJ Jeremaya spin this for the Throwback Theology Song of the Day. Until next time… 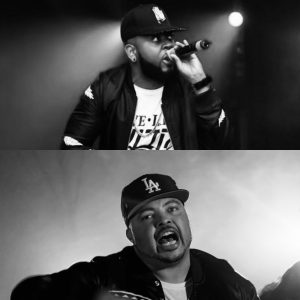