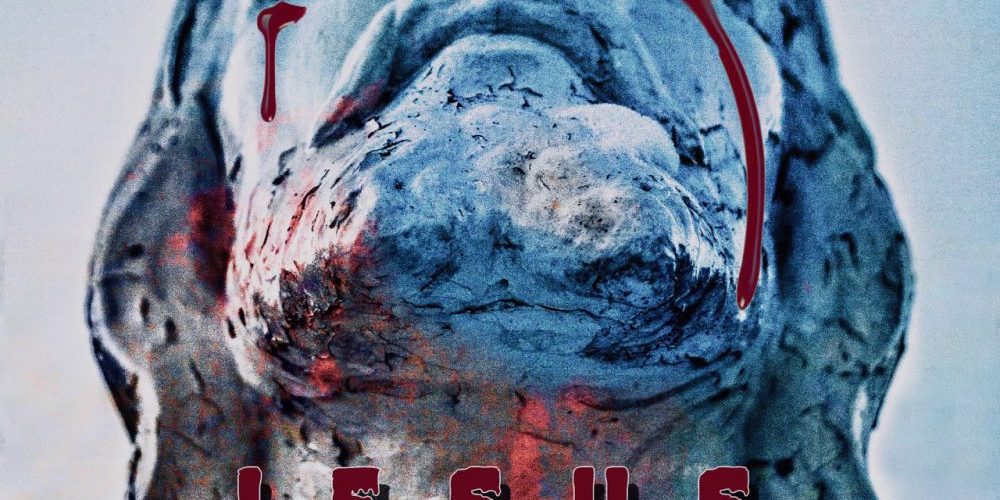 The word “drip” when used in the urban context, usually means flashy or a style that’s expensive and exclusive. With this idea in mind, artist J.O.E. Marcus Johnson, decided to flip the term “drip” to mean something else. The idea he and his engineer Dre Martie had, was for “drip” to mean to be covered in the blood of Jesus Christ. That thought is the motivation behind the project and inspired everything, from the EP cover art to the sound of the project. Let’s dive into ‘Jesus Drip.’

The first song on this project is the title track “Jesus Drip.” I really like this beat, it has a nice build up before Johnson’s vocals come in and leads in with his hook. This first verse sounds like J.O.E.’s testimony and the difference Jesus is making in his life. The second verse sounds like the antithesis of the prior verse as it speaks on the “good life” that so many people are pursuing. However, this verse is like the modern day take on Jesus and the rich young ruler and the inward struggle he had to part with his possessions. The lines, “Jesus said your can switch me, sell it all come follow me’/ I said ‘Wait let me see’” really bring this struggle to life. Just like the Bible story, the ruler in J.O.E.’s verse also walked away from Jesus feeling very sad. The hook comes back and Johnson hits the listener with adlibs like “I be dripping Jesus like a wet towel” and “Stay talking to my Father like a bad child.” The next song is “Faith” and we hear Derek Minor’s producer tag on the beat, so this song should be something serious. Johnson gets into how he used to live but by the end of the verse he’s tired of living that way. The second verse he tells another Bible story in his own unique way and follows up by saying he has things in his life that must be killed. He ends his verse with the clever line, “You take a knee, I’m kneeling.” The hook was the best and strongest part of this song and the beat had me nodding from start to finish.

The third song is “Authentic,” with Marcus saying he’s just being himself and he’s cool with it. He goes from talking about the activities he used to be involved in, to Jesus asking for his heart and Johnson asking Jesus for a new start. It’s clear that Jesus has made a difference in J.O.E.’s life with lines like, “Walk in the church and I’m reading the scriptures/ you got more money  but I’m feeling richer.” Next we arrive at “Both Sides” featuring Pakita Shutes. I really enjoyed this song, as it talks about how Christians shouldn’t be playing both sides.  Both J.O.E. and Pakita ask why people are trying to play both sides when they could be strong lights, Christians aren’t supposed to fit in. My favorite part of the song is the hook, but specifically the portion where Pakita asks why we have our hands in the grave when we are supposed to be living saved. As new creatures in Christ we are alive, so we shouldn’t be touching things that are dead like graves. From the beat, the feature, and the hook, the message comes across in a dope way.

The next to last song is “Shelter” where J.O.E. tries to lead the listener to the shelter of Jesus.  Johnson talks about he keeps running away yet still he needs shelter, but only Jesus can be that. Only he can assess what’s truly wrong with people and then heal them. The final song on this EP is “Jackpot” where Johnson doubles down on the notion that when you meet Christ you’ve hit the jackpot. Johnson ends the project with a bang as he starts off the song with an urban retelling of the parable of the Good Samaritan, saying that this is how we should treat people. J.O.E. really wants folks to stop following their idols and follow Jesus, because He has everything we will ever need.

In conclusion, this was an interesting project to listen to. I’m not a fan of all the autotune rap that’s on the radio, but I do like the beats. I m not opposed to the more melodic sounds, the simplistic writing of today, as I know that music shifts and comes in waves. This project was short, only six songs, and normally I would have a problem with that but not with this time. I think that six songs of this type are more than enough. Johnson has a good ear for beats and a nice pen for his hooks, and his engineer, Dre Martie, made him sound crisp and clear. I just wish that as a first time listener of J.O.E. Marcus Johnson, I could have heard what his real voice sounded like. I had to go listen to a previous project to get a feel for his natural voice and tone. Johnson seems like a fairly new artist who is still discovering his sound, and this is definitely a step in the right direction. I really wish he would have spazzed and rappity rapped over the Derek Minor beat without autotune and with more aggression. That beat was hard and I would have liked for Johnson to have murdered it. Some of the songs got a little repetitive as he tapped into his testimony of life before Christ on multiple songs. One of the most interesting things to me was J.O.E.’s urban retelling of Bible stories. The way he connects the Bible to current urban colloquialisms makes the Bible sound more 2020 and less King James Version. That is a unique tool that no one is tapping into and I would love for him to lean into that more. His retelling of the Good Samaritan, to Peter waking on water(“Peter stepped off of that yacht/ but when he doubted he dropped”) had my attention and made me think of the classic stories in a brand new way. If you are looking for some hard music to bang in Jesus’s name, be sure to check out J.O.E Marcus Johnson’s ‘Jesus Drip.’