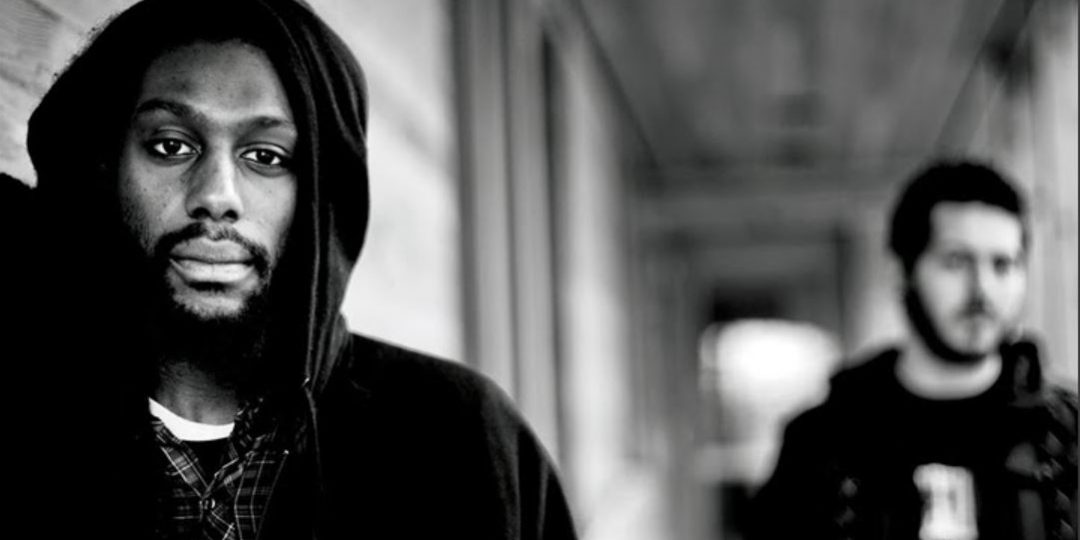 Time flies when you’re busy living life. February 2, 2021, quietly came and went. For some that date may mean nothing but it marks the ten year anniversary of Propaganda and Odd Thomas’ project ‘Art Ambidextrious’ released on Humble Beast. Prop handled the lyrics and Thomas was on the beats. This was Prop’s first release on Humble Beast if memory serves me correctly. I just wanted to revisit this project and delve into the songs that I was feeling at the time and see if the music still holds up ten years later. Let’s take a look.

I remember not knowing what to expect from this album, I had just been put on to Humble Beast the previous year due to their videos that chronicled the creation of Braille’s ‘Native Lungs.’ My only experience with Prop was his poem he did on Sho Baraka’s ‘Lions & Liars’ project. I didn’t know that Propaganda blended spoken word poetry and hip-hop so effortlessly, all I knew was that I loved it. Propaganda painted a portrait with the first song on the project “The City.” The way he spoke about the city made it sound alive as it sang a song that Prop insists we don’t have to sing along to. I remember loving “So Help Me” and loved what Odd Thomas did on this beat. It had some sort Middle Eastern feel to me and immediately drew me in. Prop went off with bars like, “I don’t condone ghost writing unless it’s the Holy One,” and when he called himself an “Urban Spurgeon.” He told the listener to, ” Let that sink in like Sharpie Ink Pens/ my choice weapon,” and that made me want to switch from pencils to markers like Prop. I wonder if he still writes with Sharpies? I remember loving Prop’s second verse as he painted a picture of a young boy failed by the system and who was looking for attention. He then switched to a young woman also seeking attention and said, “What we call underage, pimps call ’em ‘early,'” and that line hit me. He asked who could help them, that’s where artists come in, sneaking onto their iPods, spitting truth while waiting for the children’s transformation. That song still goes ten years later.

The song “Lean” still slaps as Prop takes the listener on an auditory tour of the city he resided in and the places he’s been. Honestly, his song “Inheritance” flew over my head when it first came out. I was 23 and had no idea what Propaganda was talking about. He was talking about parental visitations, when estranged parents try to co-parent and he came from the perspective of a father who only got to see his daughter on the weekends. His “Inheritance” is his child and he fights as all good fathers do. This song hits me hard now that I’m older. The interlude on this album is a hilarious trope of spoken word. the extra rhymey typical rise and fall poetry voice that I know too well. I had just started performing poetry around the city when I heard this, and this stereotype is still alive, making the interlude even funnier to me.

The next song, “I Hate it,” was one of those records. Propaganda usually writes at least one song on his albums that gets him into trouble, and in 2011, this could’ve been this song. I remember loving Odd Thomas’ composition on this and I just remember Prop going off. He listed a lot of the things he hates: name it and claim it, sickness as a sign of being out of God’s will, reducing Jesus to a lottery and so much more. His lines, “Voted in every election still don’t trust my government,” and, “Welfare is a band-aid on cancer” still hit. I loved his lines, “I see no wrong in battling/ I got an answer for the culture, roast an emcee sick/ and he’ll listen up quick to every word you spit” so much that I quoted them in one of the first Trackstarz articles I wrote back in 2015. I forgot that he said he hated Fox News, CNN, and TBN; he was ahead of his time with that statement. This record, being only two minutes and fifteen seconds long, is chock full of quotable lines and dope bars.

I remember liking “Change” because it was the obligatory posse track. Prop not so subtlety  announced the name of his next album and that he had already started writing for it on his verse of this song. Going back, the line, “Hope that God will use me to leave bruises on the bougie” sounds like a self fulfilling prophecy. Propaganda has definitely done that over the past ten years. It’s funny going back because you can see a thread of consistency in Prop’s work. his song “Beautiful Pain,” wouldn’t be the last time that he would write about the beauty that can be found in pain. This song is still a must listen. Next is my favorite song on the album, “Dig.” I absolutely loved this record when I first heard it, it was my go to song in college. When it was time to study for exams or finish an eight hour shift I just didn’t have the energy for, I turned to this song to dig deep and do what needed to be done. Propaganda’s words and Odd Thomas’ instrumentation got me through some tough times and I will forever be grateful to them for it.

I wasn’t booed up when “Como Se Dice” dropped, so it flew over my head back then. That was during a time when I didn’t want to listen to the love songs. Coming back to this song, I appreciate Prop wandering in and out of English and Spanish trying to find the right words to express how much he loves his wife. The title track, “Art Ambidextrious,” is still as dope as ever as Prop talked about bringing art from the other hand with “Powerful brush strokes from the Son of Man.” I love the homage he paid to Citizen Aim, Prop never fails to acknowledge the homies that are no longer here with him. When I first heard this song, I thought that he was talking about bringing art from a different perspective, and I suspect that is true. Now I feel like it was a double entendre because he could have also been talking about how he blends poetry and rap. He said that this was “The mic and the canvas” and I think this song summed up his approach and album quite nicely.

In conclusion, the album still slaps all these years later. Propaganda’s following has exploded since the ‘Art Ambidextrious’ days and I’m sure some of his newer fans have never heard this project. They need to do their ears a favor and go check this album out, which is available on streaming platforms. If you traced a thread from this project to ‘Nothing But A Word,’ you’ll see nothing but consistency. Propaganda has been talking about social ills, telling the inner stories that get overlooked, and touching subjects during a time when it was unpopular to do so. Propaganda is an artist for the people and he continues to use his tools of poetry and hip hop to give whoever will listen, his art “from the other hand.” Go ahead and run the streams for this project up and show Propaganda that his music is just as potent then as it is now.