While we live in this world we are not to live as those of the world’s system. As believers, we operate according to a different system and that system is the kingdom of God. This means as believers we have to be discerning about the wisdom and knowledge that we take in as it will […]

Disappointment is inevitable when we have hope. Everyone will experience disappointment. The idea is not to avoid hope to avoid disappointment but to process disappointment well. The Bible says hope deferred makes the heart sick, but a longing fulfilled is a tree of life (Proverbs 13:12.) Even the Bible acknowledges the relationship between hope and […]

I’ve always loved Chadwick as an actor, but I will be honest. I did not know how awesome he was as a whole person until after he passed away. I began watching several videos of him online and each one ministered something awesome to my spirit. I share below 3 lessons I’ve noted from him […]

Recently, I was made aware of a show called “The Talk Back” series by Poet Ezekiel Azonwu. He has a YouTube channel called “The Azonwus” where his series can be watched. It’s an experiment where there are three urban men and three urban women who are seated with their backs turned toward one another. They […]

How Can John Gray & Others Recover from Sin? |@intercession4ag @trackstarz

I think when a leader falls into sin; the church’s response is either of two extremes. One, to cancel the leader who fell into sin or to cover the leader’s sin in such a way as to not hold him responsible for his error due to his position. I think both extremes are wrong. It’s […]

She’s unapologetically herself She is unafraid of what others think of her. Thus, she isn’t willing to dim who she is to appease others. This honesty in embracing herself keeps her from living a lie with a guy just to be with a guy. Instead, she honors the covenant that she has with God and […]

The False Expectation of Marriage for Being a Good Girl: Thoughts on Erica Campbell’s Recent Comments | @intercession4ag @trackstarz

I understand where Erica Campbell is coming from as she encourages singles to shift their thinking from loose sexual character to that of purity in preparation for marriage. There has to be a mature mindset to take on marriage especially if we will do so successfully, but it could easily be derived from her statement […]

Vulnerability as a Doorway to Relationships & Living Fully: | @intercession4ag @trackstarz

Vulnerability is exposing ourselves to the possibility of being hurt. Vulnerability, according to Chip Dodd, is the doorway to living fully in relationships. He used as an example a child who naturally expresses each of their emotions acknowledging when they feel happy, sad, scared, and other emotions.   Chip also bought out the point that we […]

The sin of unbelief is something that will keep us in cycles of sin simply because we don’t believe God is good. We don’t believe in the gospel fully and we don’t believe we are enough to receive God’s goodness. I was reminded of this when viewing a film this past week about Hosea. The […] 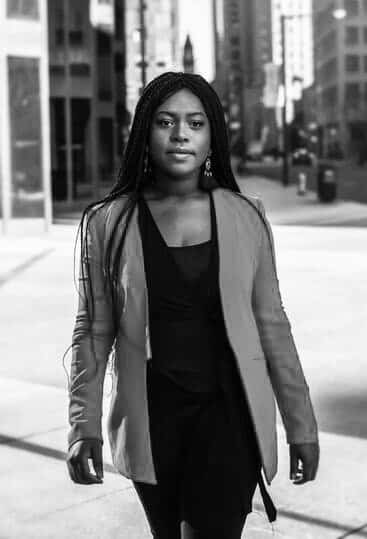