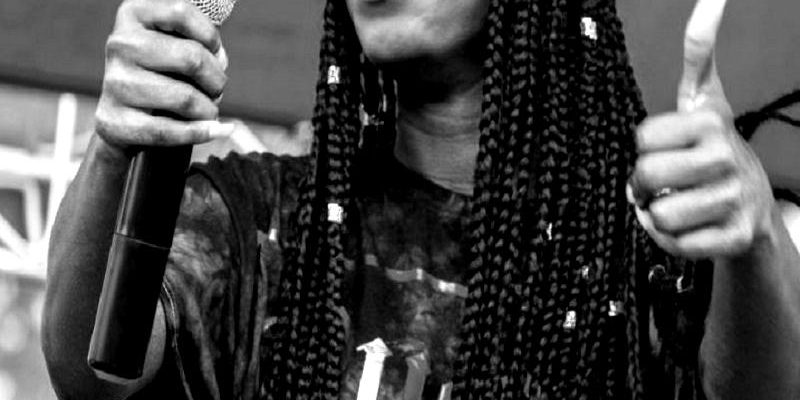 For the finale of our interview with L3XDIVINE, we sit down and ask about her layered and lyrical single “CLUBHOUSE,” future music, and so much more. For part three of the “Getting To Know L3XDIVINE” series, visit here.

TZ: What made you want to write your latest song “CLUBHOUSE,” and what has been the response to it?

LD: I wrote that because I saw people were experiencing exclusion. People were internalizing that exclusion because they weren’t receiving invites to Clubhouse from people they thought they should be receiving invites from. People were dealing with inferiority from not having Apple products, and I just thought, “Here we go again, another distraction.” It doesn’t matter whether or not you’re invited to Clubhouse, you serve a God who opens your doors! At the same time, I’m having people tell me, “Lex you’re up next,” but when it came to it, they forgot about me! They forgot about me and I was feeling a kind of way. There was all of that going on in my mind and I write what I feel, so that’s how the song came about .

TZ: And the feedback?

LD: The feedback was cool. I think people were more excited about the visual than anything. They liked the cleverness and the message, but people really liked the video.

TZ: Let’s talk about the video, because this was another one of those “Lex got it out the mud moments.” Talk about the making of the visual.

LD: I got the idea from “Wheel of Fortune” and thought that would be a great way to show that I was doing an acrostic piece. So I had the letters pop up as I was going through the piece. It was a way of giving it away without giving the whole thing away. I played three different characters from various “clubs” from movies I watched as a kid. So yeah, that’s the video.

TZ: What Do you think is next for you? I’m sure folks have been asking for an album, but what’s next?

LD: Man, they been asking for an album for the last four years. I do plan to release a lot of music this year. I’d like to release a single a month, but I’ll probably release 8 or 9 singles. But yeah, I’ll be releasing a lot of stuff.

TZ: On Twitter, you’ve been very vocal about what you see. What are some things  you like and dislike about the CHH community?

LD: I love CHH so much as far as the community because we make music for God, everyone is so talented, and it feels like a family. When I go to the conferences, it feels like a big reunion and I love how everyone is out here trying to get it for God. What I hate about CHH, like anything else, is there are so many strongholds. There’s so much sexism, which we’re getting better at, and so many are territorial and jealous. Some aren’t trusting because they’ve been burned. It’s hard to build with folks because folks are closed off. There’s too much ego and a bunch of talking about things that don’t really matter in my opinion.

TZ: You seem very focused, making sure your heart is right. What keeps you focused?

LD: It’s been a lot of ups and downs walking with God. My foundation, I went through hard core  experiences as far as Heaven and Hell being real. I’ve had revelations about holiness. I knew how much it meant to God and I know how much I love Him. So I was determined to not intentionally do wrong by God. I was discipled for one whole year after I got saved. A woman who worked across the mall from where I worked, knew my whole family but I had never met this person. She took me under her wing and walked with me for a whole year, and that gave me everything I needed. I’ve experienced so much, God is real to me, and that just fuels my walk.

TZ: Now to ask the cliché question: What is some advice you would give to a new or up and coming artist?

LD: The first thing I would say is to make sure that it’s not you and that it is God. If God did call you  to this stage, then let’s run with that. If so, you have to do the work, both inside and outside. Be okay with people not rocking with you. Don’t do it for man, do it for God and not for anyone else’s validation or acceptance. Those things are cool but don’t put your weight on that. Do it for God, be steady on your craft and do the natural logistics like practice. Also, make sure you stay on top of your faith.

As L3X talked gave advice to up and coming artists, she touched on receiving confirmation of the call from God to the stage. We couldn’t resist the opportunity to ask her about her confirmation to do music. She’s obviously very talented, but she didn’t start out that way. Check out this bonus question below.

LD: *Laughs* I needed confirmation so many times!! I was writing a rap and it was so bad and I was like, “God are you sure?” Even my mom was like, “Baby, maybe you should stick to singing.” Then I heard God tell me not to listen to my mom but to listen to Him. I was like, “Ok,” and kept writing and started to get good at it. Then I took that trip to Chicago and it was a wrap. I felt like maybe I could do this after all.

And that’s a wrap! We hope you enjoyed this four part interview with L3XDIVINE. Did you learn anything about her? What was your favorite part of the interview? Let us know and stay tuned for more interviews!