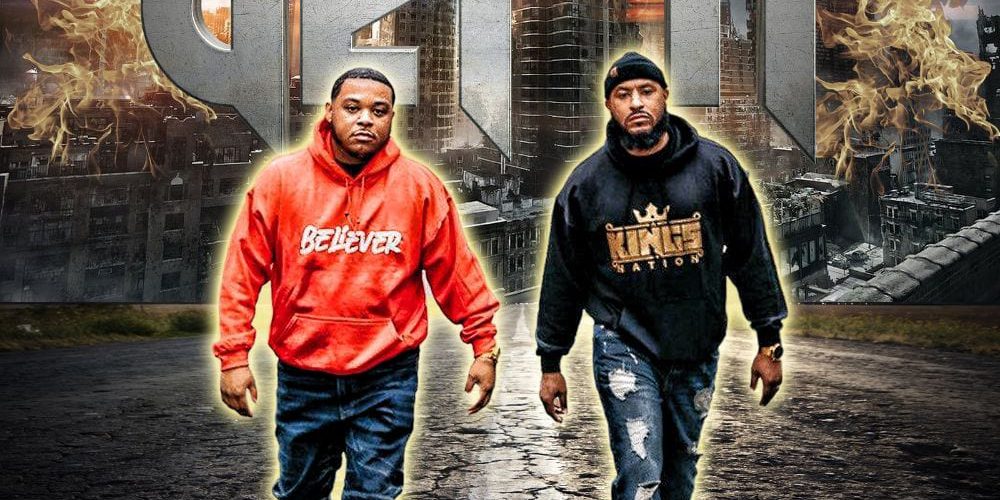 Miquel and Morris are a hip-hop duo hailing from Ruckersville and Buckingham, VA. The duo creates music specifically designed to uplift the communitysurrounding them; in route to reach the masses. Their music combines distinctive, gritty vocal tones with a vibrant versatile flow pattern and catchy hooks. Their art emits righteousness through Christ along with a 90’s hip hop sound, fused with a new wave melodic swag. After meeting in the fall of 2018, on their daughter’s fieldtrip, the two came together. Initially, not knowing the connection that would ultimately lead them to creating a musical relationship and more importantly a brotherhood. The two coming from a dismal past due to environment and bad decisions, now are driven by faith and a desire to serve through their testimony and physical efforts. They began on Miquel’s solo debut album titled Redemption, which was released, January 2019. They then released several singles that ultimately became their dual debut album God Vibes, which was released in May 2020. Miquel has been featured in the Music Lov3rz Magazine/radio. Their single God Vibes was added to Gods House of Hip Hop based in Los Angeles. Morris is currently working on his solo debut album. The two are collectively creating new music along with numerous collaborations with other artists. Miquel and Morris are also building aMinistry/ LLC/Brand called A Kings Nation that will offer music, pastoral, and mentoring services. Their hopes for the future are to first and foremost, stay solid in their faith and be led by the holy spirit to do the will of God.“The only way we’re going, is up! That’s the only way it’s going down!” ~Miquel and Morris.