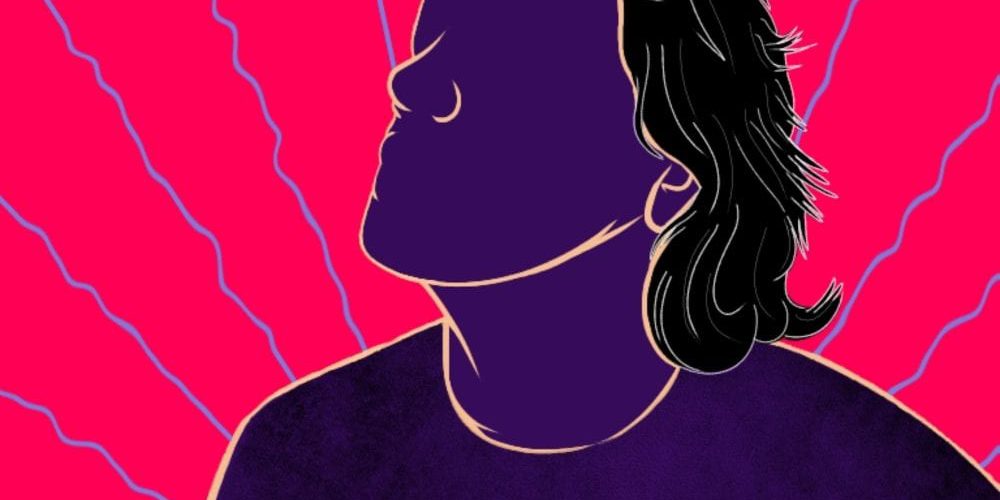 Spring is almost here and there have been a lot of artists dropping good music. One such artist is hip hop artist Just Robert. Just Robert decided to drop his project ‘Stuff In The Basement’ on March 19th, 2021. Robert tackled subjects that he’s never talked about in his music before, the stuff that he keeps in his own “basement.” Robert expanded his sound by stepping into the lofi hip hop sub-genre for the first time. Let’s see how he did on his latest project ‘Stuff In The Basement.’

Robert starts the project off with “Stuff in the Basement (Intro).” On this introduction, Robert lays out the theme of the project. Everything we bottle up inside takes up space in our lives and leaves less room for God. The first half of this track is just Robert talking about how we have to let go of the things we are holding onto. At around the one minute mark, Just Robert starts rapping. He talks about the lies we’ve been told and accepted. This is a solid introduction to Robert and the goal of this project.

Song number two is “Tell Me Why,” and we find Robert asking why things don’t work out. Just Robert tags in RJ Ros on the hook. I like how light and airy the track is and the drums have just enough knock to them. The vocal sample scattered throughout the song takes it up a notch for me. Robert knows that the things that didn’t work out, his relationship with his father and playing ball, will ultimately work out for his good. He finishes up the song by saying, “The only question we should ask is why don’t we trust the truth, Lord it’s you!” This was a great way to end a song that asks why, by asking the most important question.

The third song on the project is “Life’s Not Fair” and Just Robert starts this song off by talking about his mother and how she raised two kids on her own. She taught Just Robert many lessons, one of which is “Life’s Not Fair.” Although Robert’s mother died at the young age of 51, he will hold his memories of her close to his heart. He approaches the second verse in a unique way by saying how unfair it was that Jesus had to die for our sins. He took on everyone’s sin but he had none in his own life. This verse stood out to me because no one talks about the forgiveness of sins from that perspective. Jesus was given the task to die for our sins knowing many of us would reject Him. As the song closes, we hear Robert sing “I Love You,” which could be for his mother, Jesus, or the both of them. Robert lets the song fade out for the last thirty seconds as the listener digests the weighty subjects he rapped about. This was a solid song.

The fourth song, “Homesick,” is probably my favorite song on the EP. The first few sounds of this song immediately drew me in, they sound like some sort of strings. Just Robert raps about the idea of home but his is broken and the folks that were in it keep getting taken from him. Life is hard here on Earth but Robert is looking forward to life with God. Life in this world has Robert feeling “Homesick.” The second verse features Joe Bragg and he has some nice bars. “I be walking call me Fitbit,” stuck out to me. Both of these emcees speak to the fact that we need to live for Christ, and L. Marquee put his foot off in this beat! This is my favorite song on the EP thus far.

On “More Than A Game,” Robert raps about the lessons we can learn from sports that can be applied to our lives. Lessons of discipline, teamwork, and hard work can only help one become a better person. The second verse applies sports to one’s spiritual walk with the Lord. From being a hot head to walking in submission to the Lord, it mirrors the relationship between a player and their coach. I appreciate the lower tone of voice Just Robert used for this hook and the fact that Robert didn’t sing on it. Just Robert held this song down on his own and sounded great.

The next to last song, “Insecurities,” is my least favorite song on the project. The featured artist NOJO was rapping way too fast on this laid back lofi beat, he sounded like he was racing the beat and cramming in a lot of words. Robert’s verse was ok but this song didn’t do it for me. Robert sounded nasally on the hook for this song, it just felt all over the place. I also wasn’t a fan of the word “untwine” here as Robert rhymed the words “mind” and “behind” in the previous bars. I feel like “unwind” would have fit the rhyme scheme that Robert established. The word “untwine” just felt jarring to me in light of the pattern that Just Robert was on.

Just Robert rounds out the project with the song “Hear Me.” Robert is asking if anyone can hear him and he doesn’t like the person his music has turned him into. To the person that feels unheard, this song needs to be listened to. Robert feels unsure of himself, to the point he’s asking God if he should continue to pursue music. Robert is crying out for answers but he doesn’t get them right away, and that’s how life goes. The overall feel and tone of this song speaks to uncertainty and is a great way to close out this heartfelt EP.

All in all, this is a solid project from Just Robert. The album is short and concise and yet honest at the same time. The project is not without it’s missteps, as mentioned earlier, but overall this a project worth visiting and revisiting. I love the production of L. Marquee on this project, his use of vocal samples and various sounds resonated with me. I genuinely appreciate that a Christian Rapper is rapping over lofi beats for an entire project. Lofi AKA chillhop is the genre of music I listen to the most since I first stumbled across it back in the winter of 2017. Every now and then a CHH artist would tap into this sound and release a single or two, but I haven’t heard too many make whole projects with that sound. I believe that Just Robert is on to something here and I hope he continues to lean into this sound with L. Marquee or whoever he works with in the future. Robert wants the listener to deal with the things dwelling in their basements and he led by example. From mentioning his broken home, the death of his mother, shattered ball playing dreams, and so much more, Robert really laid it all out for the listener while at the same time pointing towards hope in Jesus Christ. If you are looking for something to vibe out to and still feel blessed, you need to check out Just Robert’s ‘Stuff in The Basement’ project.

Stuff in the Basement links: