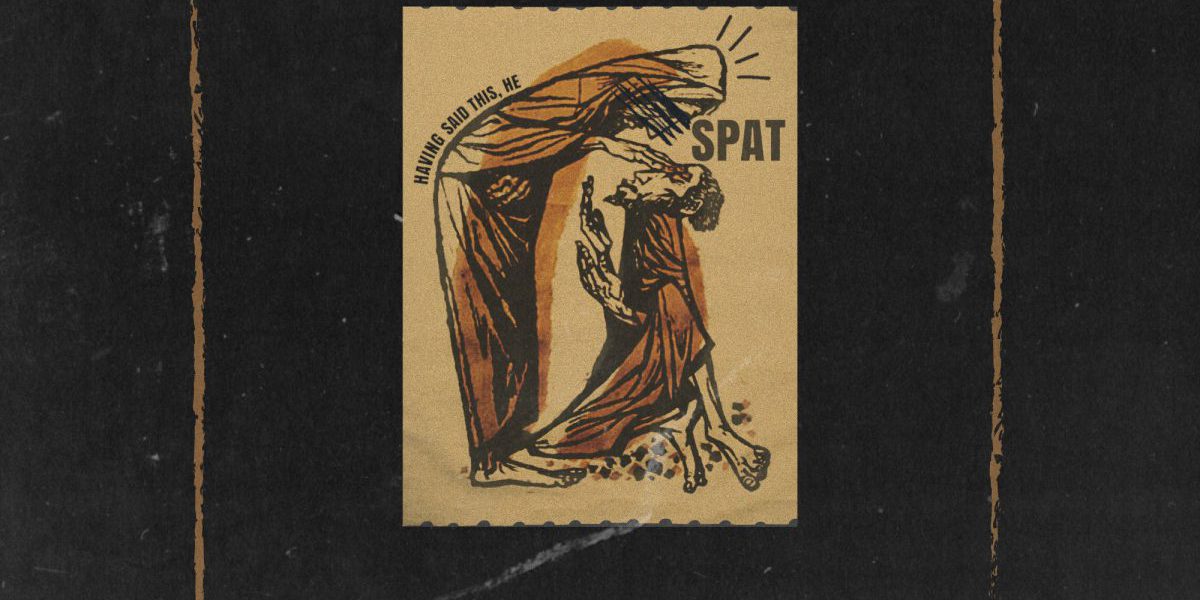 If you didn’t know, “Road Dogs Run This!” That’s an oft used saying that Krum uses to spur on his followers and fans(they are called Road Dawgs) when they show love to whatever he’s working on or has just released. The dynamic duo of Krum and Theory Hazit released the critically acclaimed ‘Here’s Mud In Your Eyes’ last year as well as dope merch that the Road Dogs quickly bought.

All of that is good, but there are some songs that didn’t make HMIYE, and became a project of their own. The two artists took nine songs and made a project called ‘SPAT,’ and it was only available on CD and cassette tape(which also sold out almost immediately).

This project has never been made available in any other format until today. Krum and Theory Hazit released it exclusively on Bandcamp just in time for BandCamp Friday. This is perfect, because every cent spent on the music today on Bandcamp will go directly to the artists. Make sure you throw some money their way and a little extra  if you got it. What do you think of the project and are you excited to purchase ‘SPAT?’