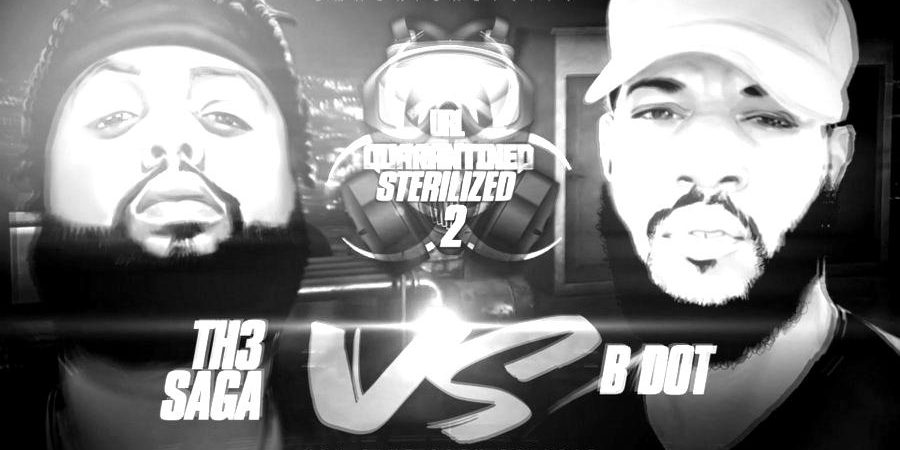 Yesterday, history was made as Th3 Saga clashed with his rival B Dot on URL’s “Sterilized 2” Event. This battle has been four long years in the making, but it finally happened at exactly the right time. One could say the battle was custom made for such a time as this. Twitter was abuzz with fans of the culture saluting both these emcees for giving the people a classic battle. The back and forth between this match and the material these emcees put together, makes it almost impossible to score. Many are saying the battle has to be re-watched a few times to accurately judge it. One thing that really stands out is Saga’s third round, during that round Saga left earth and went bar for bar with one of the culture’s best writers and performers. The fans have been calling for B Dot, the Blood affiliated follower Kemetic science, to battle Th3 Saga, URL’s first Christian Battle Rapper, for years and the culture won with this one. Hopefully now that the URL has seen what Sensei Saga is capable of, now he’ll get bigger names and be on some the bigger cards and events. Saga also noted that June 8 marked his first appearance on the URL platform back in 2014! Saga has six years in the game on the URL platform and has kicked down the door for other Christian Battle Rappers. This battle can only be watched on the URL app, so be sure to download it and become a Premium Member. This writer signed up just to see Saga’s battle and it was worth every penny. Congratulations to Th3 Saga on what is undoubtedly his best battle in his career! Saga told folks a year ago that he was a legend, it seems like at last people are starting to believe him.

CAUTION: THERE IS PROFANITY IN THE PROMO TRAILER! WATCH AT YOUR OWN CONVICTION

YOU KNOW WHAT ELSE MADE YESTERDAY SPECIAL?!?

NOT JUST THE DROP OF THE B DOT BATTLE……

The complete transformation in all of 6 years on @urltv 🙏🏽 pic.twitter.com/8j03wcahxv 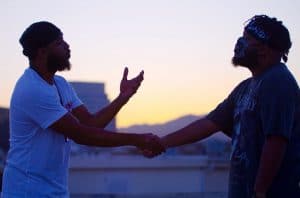