What’s going on everyone!! Man, this week I honestly didn’t know what I wanted to write about, but then last night happened. This week, I want to dig into how we are blessed to be a blessing, meaning that God has given us so much, it’s only right that we bless other people and help raise other people up.

So last night, some friends and I were at the Varsity, which is a historic restaurant in downtown Atlanta. As we were leaving, a guy came up to us and was telling us his story about how his home was destroyed and his family was on the streets. His story broke my heart. I appreciated that he was stepping up for his family to provide the best way he could. I gave him some food that I had and some extra change as well, but God nudged me, saying “Give him more than food. He needs more”. This convicted me so hard, and I instantly began to dig into my car, (my car is kind of messy, don’t judge hahaha) and I pulled up my bible. I have him my bible. In it, I had a lot of encouraging notes and extra notes from messages I’ve heard. As he opened it up, he began to cry and told me, “Man, this means so much to me. When our house was destroyed, my bible was messed up too, and I’ve needed a bible so badly”. When he said this, I instantly knew that I did the right thing. I asked if I could pray for him and he agreed. I almost broke down during the prayer because it hit my heart so deeply.

I tell that story, not to brag on what I give people, but rather to say that we are blessed to be a blessing. We are given so much, spiritually and even materially, that we should live with a heart of generosity. I’m not saying that we should just give everything to everyone, because we should have wisdom and to listen to the voice of God. I had a prompting from God to give this man a bible and food. Scripture says, “Whoever seeks to preserve his life will lose it, but whoever loses his life will keep it” (Luke‬ ‭17:33)‬. This says that if we hold so tight to the things we have, we will lose them because everything in this world has an expiration date, except if you have Jesus.

I challenge us all to live with generosity and be willing to give to others. It’s not always easy by any means, but it’s so worth it becauee when you see people’s faces light up from being blessed. I hope this encourages and challenges us!! 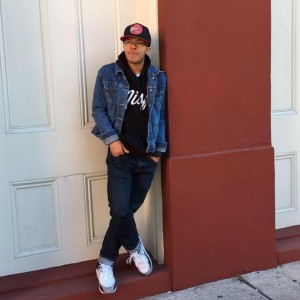