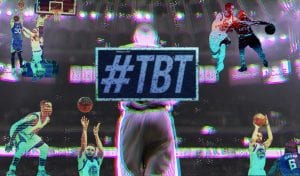 “Once you were dead because of your disobedience and your many sins. You used to live in sin, just like the rest of the world, obeying the devil—the commander of the powers in the unseen world. He is the spirit at work in the hearts of those who refuse to obey God. All of us used to live that way, following the passionate desires and inclinations of our sinful nature. By our very nature we were subject to God’s anger, just like everyone else. But God is so rich in mercy, and he loved us so much, that even though we were dead because of our sins, he gave us life when he raised Christ from the dead. (It is only by God’s grace that you have been saved!) For he raised us from the dead along with Christ and seated us with him in the heavenly realms because we are united with Christ Jesus.”
‭‭Ephesians‬ ‭2:1-6‬ ‭NLT‬‬

I’m a big pro wrestling fan. I’ve been that way since I was a kid. I even find myself now turning into a kid again when I watch on tv sometimes. One of my favorite wrestlers is a guy maybe some of you have heard of him. His name is Dwayne “The Rock” Johnson. You might be familiar with one of the most iconic entertainers of all time or maybe not. LoL 😆

One of his classic lines was “Know your role and shut your mouth.” No need for a lot of explanation with that statement. It’s pretty clear. Somebody has crossed him and he’s putting somebody in their place when he says that. Sometimes as believers we have to be put in place. Now I’m not saying God is going to address that harshly. There may be times where He has to, but the Lord is a gentleman. He’s a little more tactful in His approach.

In reality, I find that The Rock’s statement applies in a bit of an opposite way. It’s not to put us down, but to build us up. A lot of folks deal with low self-esteem and don’t view themselves correctly. They’ll say something negative before they’ll say something positive about themselves. Or they’ll say things in a way that minimizes who they are for the sake of sounding humble.

“Because of the privilege and authority God has given me, I give each of you this warning: Don’t think you are better than you really are. Be honest in your evaluation of yourselves, measuring yourselves by the faith God has given us.”
‭‭Romans‬ ‭12:3‬ ‭NLT‬‬

I think people sometimes take this verse in Romans and use it to beat themselves down. Paul did not say don’t think highly of yourself. He said don’t think you’re better thank what you are. Take an honest evaluation of yourself. There are some things you’re good at and some things you’re not. Don’t exaggerate either one. Think soberly or balanced.

If you like basketball just because you’re not as good as LeBron James doesn’t mean you’re the worst player in the world. Just because you can beat everyone on your block doesn’t mean you’re the greatest of all time. Both are exaggerated and not a sober view. Your mind is out of position. Your thinking has to be aligned with God’s way of thinking.

As a man thinks in his heart so is he. And out of the abundance of the heart the mouth speaks. It’s what’s going on inside that dictates how we live. We put God’s word in our hearts and allow the Spirit of God to renew our minds. Then we are changed and put in a right position with God.

We are what God has called us to be. We are more than conquerors and children of the light. We are the salt of the earth. We are made in the image and likeness of God. We are out here to have an impact and change the world. The creator of heaven and earth says it is so. That’s good news in some bad times. This is the position we hold and God wants us to walk in it. 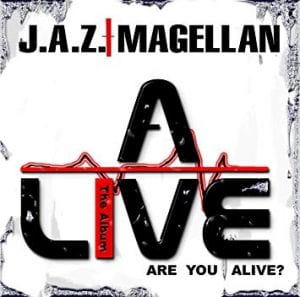 That leads us to our Throwback Song of the Week. It’s from the 2009 release by J.A.Z. (Justified And Zealous) & Magellan entitled “Alive”. The featured track is called “Play Your Role”. Tune into Trackstarz this Saturday to hear DJ Jeremaya spin this for the Throwback Song of the Day. Until next time… 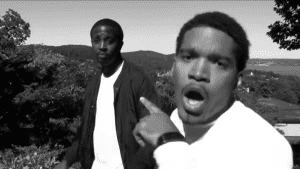