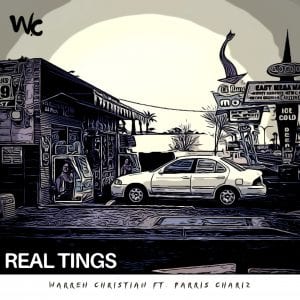 Warren Christians new single “Real Tings” featuring Paris Chariz is a hard hitting track produced by tafolla. This track was created to build anticipation for his upcoming project 120 degrees, coming in the fall. The entire project is set to be produced by Plus48.

Warren is also a member of the group Artificial Christian, having the honor of being Rapzilla Freshmen in 2018. The group is also currently working on new music to be released.

This single available on all digital platforms on now.

Warren can be found on social media @itswarrenchristian