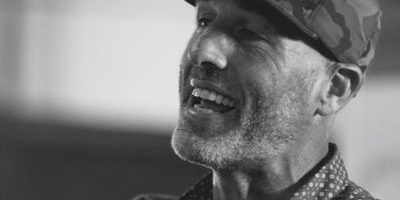 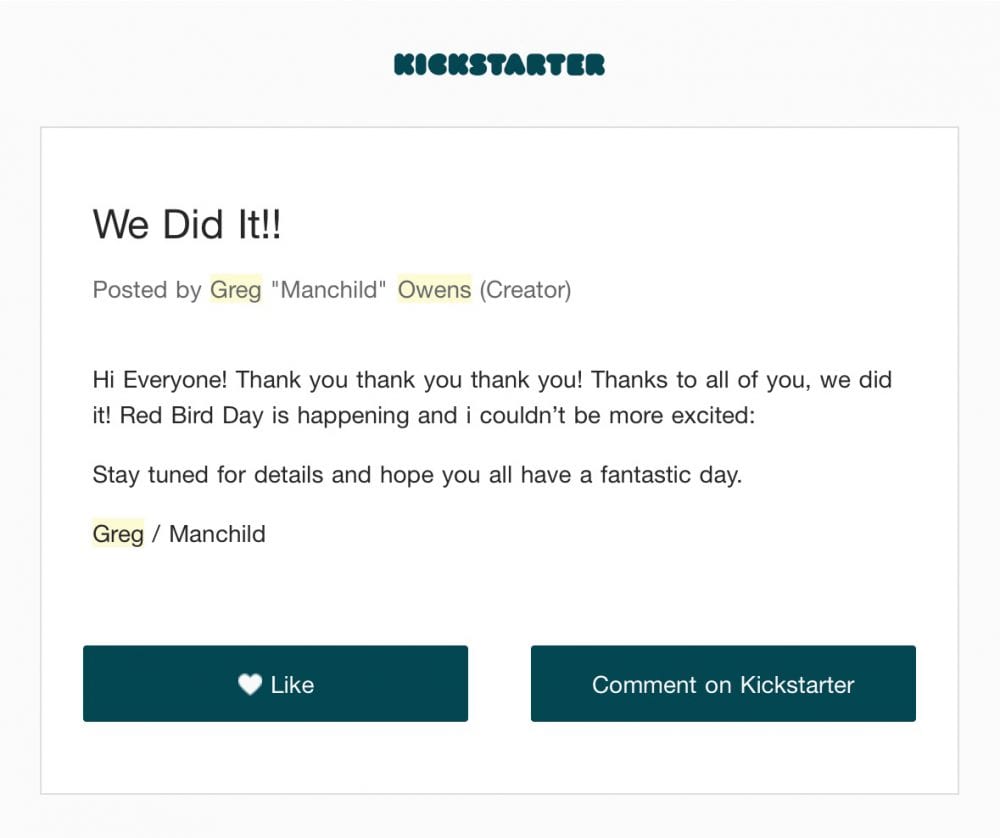 It’s official! Greg “Manchild” Owens reached his Kickstarter goal of $15,000 dollars to fund recording of his solo project ‘Red Bird Day.’ He actually surpassed the goal earning over $17,000 dollars towards the project. The Kickstarter campaign for the project officially ended on Tuesday March 6th at 2:43pm. Despite reaching the goal prior to that deadline he continued to take donations by setting an additional goal of $20,000 dollars by the same March 6th deadline. If this goal had been reached it would have funded a third project by the group Move Merchants featuring Manchild and DJ Sean P. That goal was not reached, but maybe we’ll hear more for this other project. In the meantime, I hope you put in for the ‘Red Bird Day’ project. It looks to be epic!

For those that don’t know, Manchild is a vet in the hip hop game. Starting out as one half of the hip hop duo Mars Ill along with DJ Dust.  Also, he was one of the founding members of the hip hop super group Deepspace 5. As a bonus for donating to his project he gives fans access to his entire catalog of music on his Bandcamp page. That alone is well worth it from one of the dopest MCs to ever touch a mic. So be on the look out for ‘Red Bird Day.’ No official release date has been set, but he is looking to drop the album in September 2018. In case you’re wondering if this old head still has bars then check out the video below that he recently posted on his Facebook page. Also, if you want to hear more from him albums from Mars Ill and Deepspace 5 are available on all digital platforms.