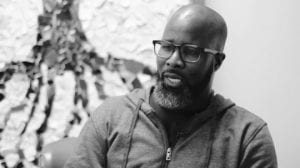 “God saved you by his grace when you believed. And you can’t take credit for this; it is a gift from God. Salvation is not a reward for the good things we have done, so none of us can boast about it. For we are God’s masterpiece. He has created us anew in Christ Jesus, so we can do the good things he planned for us long ago.”
‭‭Ephesians‬ ‭2:8-10‬ ‭NLT‬‬
http://bible.com/116/eph.2.8-10.nlt

Last week we talked about going hard for God. Not being lukewarm. How God even says to either be hot or cold. Whatever you choose to do commit to it. Be bold in your stance. Even more so make that a bold stance for the Lord and not for the foolishness of this world.

Recently we had the death of evangelist Billy Graham. He’s lovingly known as America’s pastor. He lived to be 99 years old and preached the gospel all over the world to millions of people. I saw a meme this week that contrasted him with Hugh Hefner. Both men lived long lives and did things that impacted millions. They will both go down in history for what they have done. The question is what mark will you leave?

You look at Hugh Hefner and the Playboy empire he created. He is known for basically selling sex. Bringing it into homes all across the world. If you will, it was his gospel of sex that led many astray. Billy Graham from a young age started preaching the gospel of Jesus Christ. Going from place to place and eventually coming across TV sets with the word of God to lead people to Christ.

Both men were of great influence and made an impact in the world. It doesn’t stop with them. God has given you influence. He wants you to make an impact in this world with the life that you have. Yes. You. God has given you a gift and wants to work in you to light up the world. Does it mean you’re supposed to have a multi-million dollar empire? No. It would be nice, but God does want you to make your mark in this world.

It doesn’t matter if you sing, preach, usher, work on cars, do plumbing or know how to sew. God wants your gifts, talents and abilities to give Him glory. It’s not just within the 4 walls of the church, but in your home, on your job and in your community. Anywhere that God would lead you to go He wants you to leave His signature on this world and the people in it. 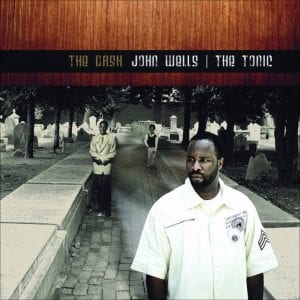 That leads us to our Throwback Song of the Week. One of the pioneers of Christian hip hop. John Wells aka The Tonic of the legendary Cross Movement. This is from his 2009 release entitled ‘The Dash.’ A musical collage of songs that lets us know that this life is short and while we’re here we need to live lives of purpose in Christ.

Tune into the Trackstarz show this week to hear this for the Throwback Song of the Day. Until next time…