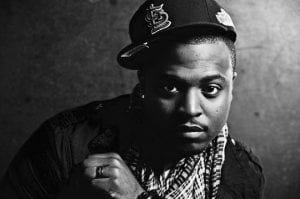 Hip-hop has used culture gun violence as something to be glorified. On one hand, having AR-10 rifles is the mark of being a real man; being tough or in power. On the other hand, being a victim of gun violence can be used as a badge of honor for enduring suffering.

You have classic 90s hip-hop songs like “Throw Your Guns In The Air” by the rap group Onyx or Cypress Hill “How I Could Just Kill A Man.” Then you have artist like 50 Cent or Tupac Shakur talking about how they were shot and survived. Then they are made into heroes for it. Now my point is not to say whether or not they are wrong for that, but to point out the fact that in both cases men are lifting themselves up and glorify something what they really have no power over.

The man with the gun does not have power over life and death. The man surviving the gunshot does not have control over her life or death either. Life and death lies in the hands of our Creator. Jesus said in the gospels to not worry about tomorrow because no matter how much you worry,  you can’t control anything that’s going to happen. The point is to continue to have faith in God our Almighty Creator and Father who holds the whole world in His hands.

In Romans, Paul discusses this very topic in that men would argue that if God is sovereign and He made me whatever way I am. Whether I’m living righteously for God or whether I’m living in sin, I can just do whatever I want because God made me this way. He’s sovereign so it doesn’t really matter what choices I make. Paul argues that that is not so. The sovereignty of God is not excuse for us to do whatever we want…because of His  sovereignty, we should live in reverential and just be straight scared of an Almighty God to do what He says.

God is awesome and His ways are something that in our finite natural minds will never fully understand. And while that can be a scary thing, it is not an excuse for us to run from God or to not seek His will. Rather it is a reason for us to further get closer to Him to understand His sovereignty. Why He does what He does when He does it and how He does it. God is not some evil taskmaster looking to spring evil on us any time we make a mistake or do something wrong.

God is a loving father and wills His best for each of us. It is our choice to choose God‘s way and not our own way. Proverb says there’s a way that seems right to a man, but the end of it is destruction. God wants us to choose His way because at the end of it is life and life more abundantly. We as people in our frail sinful nature tend to take things of this natural world and use them to try to create some unfair advantage that we really don’t have.

The man with the gun believes that he has power over life and death and he really doesn’t have. He believes that he has power over another human being to make them do his will. He does not have that authority over another human being. The person who survives gun violence does not have some power over life and death either. He is merely a person who God allowed to survive the evil being perpetrated by another person. It is God Almighty who holds our lives in His hands and we are to put our trust in Him and not something we think we control with our own frail hands.

Some of you may not be old enough to remember the movie “Juice.” It’s starred an actor by the name of Omar Epps and also hip-hop legend Tupac Shakur. Pac played a character by the name of Bishop. Bishop and his boys got into some trouble
and Bishop decides to get a gun. Bishop having this gun starts to make him think he has god-like power over people. Essentially, Bishop was losing his mind. This was one of Tupac’s most notable film rolls, because he played a crazy person like no one else.

Bishop was a scary crazy, kind a like Heath Ledger‘s version of the Joker in the “Dark Knight” series. Once again showing no man holds the power of life and death. At the end of the day, what it really comes down to is the choices that you make. God in the book of Joshua presented a choice. Either life and blessings or death and curses. God said to choose life so that their families can live. God not only presents us with the choices, but He also tells us the choice to make that benefits us the best in the end. Life and death is not in your hands but in the hands of Almighty God. 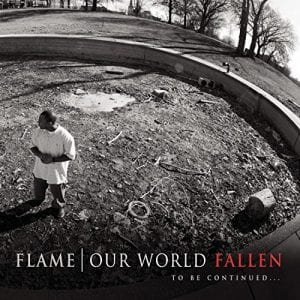 That leads us to our Throwback Song of the Week. It is by hip hop vet Flame. This track is from his 2007 album “Our World: Fallen.” The track is entitled “Goodness To Repentance.” The Bible clearly states that it is the goodness of God that brings a man to repentance. It’s not any evil or suffering or persecution that God uses to bring us into right standing with Him, but it is His own goodness that God uses to drive us back into right relationship with Him.

Tune in to TRACKSTARZ this Saturday to hear DJ Jeremaya spin this track on the 1’s and 2’s for the Throwback Song of the Day. Also, you can check out the link below and let us know what you think. Until next time…