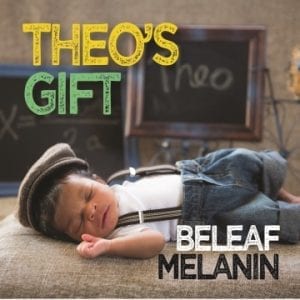 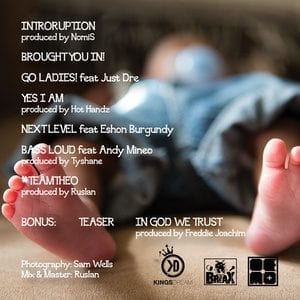 In honor of Beleaf releasing his last album this week I decided to take a short trip back to 2013 to the release of Beleaf’s first mixtape entitled “Theo’s Gift“. This album instantly gives us nostalgia because it is themed after the classic sitcom “The Cosby Show“. While there’s a lot of controversy surrounding the creator and star of the show, Bill Cosby, there a ton of life lessons taught through this show.  Not to mention it was just classic television.

Listening back to this is like listening to a foretelling of what Beleaf would do these few years later with starting the “Beleaf In Fatherhood“  YouTube series and then fatherhood being the reason he would release his final album to pursue other things.

The lesson I’m seeing in this is in 2 words – the gift. We have been given a gift. While Beleaf is definitely a gifted rapper he felt that his family was more important than trying to be the hottest rapper out or anything like that. He chose to do what he felt was best for his family. Choosing to forsake his music career for the benefit of his 2 boys and newly born baby girl.

God has given us this same gift of fatherhood. He is Lord of all and the King of Glory. Yet He chose to forsake it all, wrap Himself in flesh and suffer death on the cross so that we can have life more abundantly.  Beleaf made a statement in an interview saying, “I’ve been struggling with what’s good for you versus what’s best for you.  Good is good, but if there’s something that’s best for you good is the enemy of best.”  It was good for God to just stay in Heaven in all His glory, but what He saw as best was for us as His children to be there with Him.  Sin separated us and left us as dead.  Through Jesus he gave it all up to bring us back from the dead.  He saw the joy set before Him of us reunited with God in Christ.  This is our gift.

So that we can celebrate this gift here’s a track to turn up to.  A fun track by Beleaf featuring Andy Mineo called “Bass Loud“.  There is also a link below to the free download of the “Theo’s Gift” mixtape.  Check it out and let us know what you think.  Keep that bass loud and celebrate the gift.  Shout out to Beleaf for all of the great music and sharing his journey through fatherhood.  Until next time….