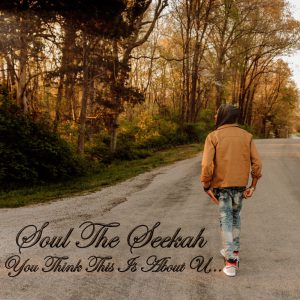 Fairy Tales is the following single of Soul The Seekah’s “Intentional”. This record passionately travels through the heartache of a believer, as they attempt to receive answers of why things went awry. This dramatically filled song tugs on relatable heart strings as you feel the emotions bleeding through this track. Come journey down this roller coaster as it shows the human side of being a believer in Jesus Christ.

Soul gave his life to the Lord Jesus Christ in 2003. Singing since he was 11 years old, he’d learn to write his own music for singing and rapping at the age of 15. Since giving his life to God, he was instantly introduced to St. Louis CHH natives. Realizing that he’d been called to use his gifts to bring Glory to Christ, he began writing for the Lord under the name Soul Crawford. Soul, whose real name is Marquis L. Crawford, was taught more about navigating in God’s will through music by some the Christian Hip Hop’s pioneers. Before Intentional, Soul was a feature on the single “I’m A Rider” by Thi’sl. The crooner then became a journeyman, connecting with the St. Louis based rap group I Am Anointed Ink, as well as being 1/2 of the group Identical Twins. Now the rapping singer has reinvented his sound under a new name, and is ready to deliver the words given to him by God, as he travels the world to seek and save that which is lost.