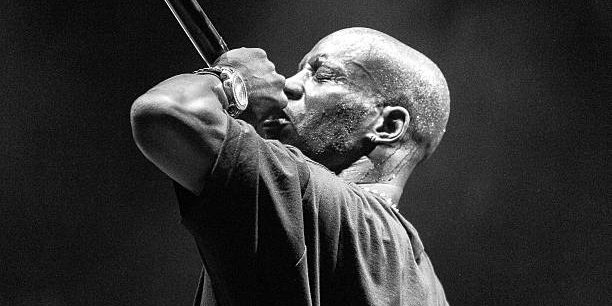 Dark Man X. Wow. I do not remember my introduction to DMX. I cannot remember the first song I heard or anything like that. However, I do remember when “It’s Dark and Hell Is Hot” came out, he went right to the top of my list of favorite artists.

His gritty, raspy-voiced, no-nonsense lyricism captivated me. His energy was insane. DMX would take you through a range of emotions throughout an album. He would have you ready to fight or he would have you near tears with the sobering reality of the ills of this world.

Through the years, I admittingly grew away from his music. But, I always came back to his prayers and his spiritual songs. I did not share the harsh realities of the life of Earl Simmons, however, I could relate to the desire to want to do right and struggling to find the capacity to follow through on those desires. DMX is appreciated for his honesty, and it is this particular honesty that resonated with me the most. I could relate to his cry to GOD.

In life, we are cast into situations and there are times that we cast ourselves into situations. DMX painted the former without blaming anyone and waxed poetic about the latter owning his role in the matter. This is presented in lyrics from his song “The Convo:”

“I tried doing good but good’s not too good for me / misunderstood, why You chose the hood for me / me, I’m aight, I just had to work hard at it / went to grandma for the answers, she told me that God had it / so now here I am, confused and full of questions / am I born to lose, or is this just a lesson”

X is seeking to make sense of everything—of this life, the mountains, the valleys—and he goes to GOD for the answers. There is similar sentiment penned over and over in the Psalms and we all can probably relate in some form or fashion. He seems vexed, going between the realities of depravity and a desire to do the right thing. The next verse begins with:

“But when the funds are low, guns will blow / lookin’ for that one that owe, make’em run that dough.” His recognition for the need of something different is captured as he speaks from the perspective of GOD with the words “No! Put down the guns and write a new rhyme.”

In a later verse he says:

Again, DMX is confessing his shortcomings and failures. And he is giving a depiction of the grace of GOD, in that GOD was there, keeping him. It is like he is saying that things could or should be so much worse and they are not because GOD is there, and has been there. This reminds me of Romans 5 where the Apostle Paul describes that CHRIST died for us while we were still sinners. This also reminds me of Acts 17, when Paul was preaching in Athens and said that GOD determined when and where we were to be born so that we “should seek GOD” and perhaps feel our way to him and find him—and that “he is actually not far from each one of us.”

On his second album, the song “Slippin’” resonated with the masses because of gripping lines like, “was it my fault, something I did / to make a father leave his first kid, at seven doin’ my first bid.” The chorus represented a common theme with X—the words “I’m slippin’, I’m fallin’, I can’t get up” represent a man who is trying. A man who recognizes that change is needed. DMX goes on to say: “Something gots to give, got to change, cuz now I got a son / I gots to do the right thing for shorty / that means, no more gettin’ high, drinkin’ 40s.” Looking through his life it seems like life change is something that X found hard. Life change is something that I found, and still find, hard. Personally, I do not believe we can do it on our own. We need the LORD.

Early in my life as a believer, I found a struggle between the old man and the new man. Years of doing things the wrong way had not released their hold on me. I wanted to do what was right but found myself capitulating to the lusts of the flesh. This vexation led me to pen my first poem which began with these lines: “Dear God help me Father, I’m so confused / I know the way to win but still choose to lose.” I do not want to go into a deep theological discussion that takes place in the clouds. This was my on-the-ground, real-life experience. In theory and practice, I just could not get it right. I had an earnest desire to pursue and realize godliness but I was slippin’ and fallin’ short too often for what I thought a believer should.

This lack of understanding of mercy and grace—of being deemed good rather than achieving good—it sent me away from GOD. I felt like I could not do it. Though the scriptures say, “for the righteous falls seven times and rises again,” I ran from the LORD. I did not want to be a hypocrite. But GOD—HE would not let me go. I would find myself trying this thing all over again.

In the song, “A Minute For Your Son DMX says:

I used to, and still do, listen to this song on repeat. The phrase “rededicate your life to Christ” was big during my college years and “A Minute For Your Son” really captured that. It captured someone recognizing that change is needed and that their way is not the way. The song begins with X saying he’s so tired of trying to run. The chorus expresses experiencing GOD’s love in a way that you have no words to describe how you feel.

I have no heaven or hell to put DMX in. I am not the salvation police. The LORD knows those who are HIS (2 Timothy 2:19). I just want to say thank you to X for giving me songs that truly encouraged me to continue to seek the LORD when I felt discouraged to do so. Songs that I would come back to over and over again in my life because they gave me words when I had no words. They were words that operated in the not-so-clean, cookie-cutter, Christian life. Songs that represented true struggle and seeking victory rather than having already achieved victory.

The False Expectation of Marriage for Being a Good Girl: Thoughts on Erica’s comments| @intercession4ag @trackstarz
November 2, 2020

Who is Missing Out Because You Refuse to Be Your Authentic Self? | @trackstarz @intercession4ag
October 27, 2020
Go to Top