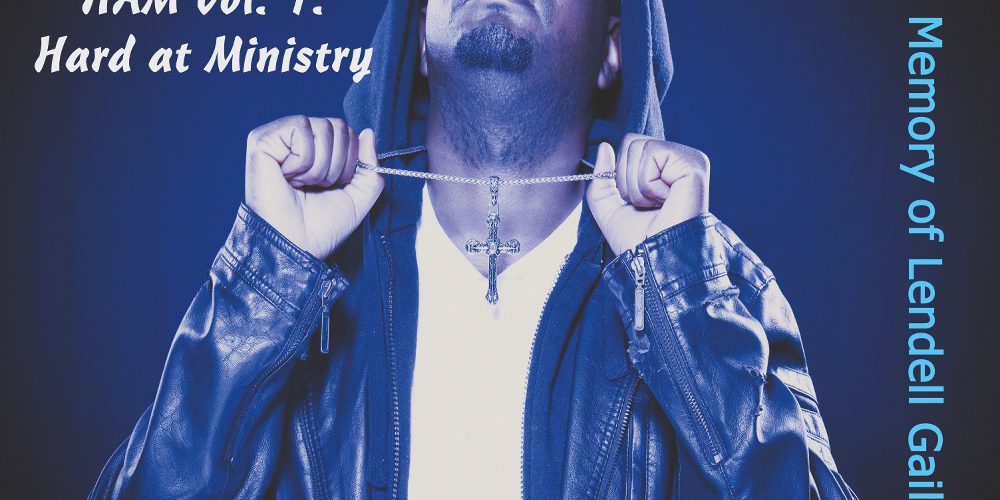 The year is drawing to a close but that doesn’t mean artists are finished releasing music. At the top of December, Oklahoma based emcee, L.I.G.H.T, released his first project in five years. This year is the perfect time to return to something you are passionate about but may not have had time for. Let’s check out L.I.G.H.T.’s ‘HAM Vol 1: Hard At Ministry.’

The first song is “HAM” and as the introductory song, it sets the tone for the project. L.I.G.H.T tells the listener why he goes so hard at ministry says he is still here. The beat has an eerie tone to it, not giving you any idea of what’s to come on this project. This is a great way to start off the album. The second song, “Alien,” starts off with some creepy piano chords and then we get some drums and synth sounds. L.I.G.H.T. uses the oft used analogy of being an alien to demonstrate how Christians are not of this earth. The beat was nice and I like how L.I.G.H.T. flowed on this track. His statement that if you don’t believe in God you’re dumb made me laugh out loud, I don’t know if insulting the listener is the best way to get them to embrace your faith.

The third song on the project is “Gonna Last” and right off the bat, this sounds like a good song. The first few chords make me feel that this song will be about victory or overcoming some great obstacle. The album has a decidedly West Coast sound and that is most present on this song. L.I.G.H.T. really sounds good on this beat, these West Coast sounds can bring out a different texture from an artist. I appreciate L.I.G.H.T. speeding up his flow on this song as he drives home the point that only what we do for Christ will last. This song is my favorite on the project so far, let’s see where L.I.G.H.T takes us next. Song number four is “Die Hard.” L.I.G.H.T. talks about Jesus dying to take our sins and questions would we really die for Jesus. L.I.G.H.T. approaches this theologically heavy subject and breaks it down into lyrics the average person can understand. L.I.G.H.T. has decided that if he has to die for Christ he will “Die Hard.”

L.I.G.H.T. takes us higher with the next song “Hope.” He taps into his past history of drug and substance abuse and juxtaposes it against the hope he has in Jesus Christ. This song can be a useful tool to witness to those who struggle with these afflictions. I like how he talks about how light pockets aren’t the only results of heavy addictions. L.I.G.H.T. takes us low with “In The Mud” as he talks about feeling stuck and living in the mud. He acknowledges that his Father lives in the clouds, but he’s living stuck in the mud. This may be the lowest L.I.G.H.T goes on the album as he spoke on thoughts of suicide but he didn’t pull the trigger. To L.I.G.H.T., this is proof there is a God.

L.I.G.H.T. Has taken us on a rollercoaster of emotions and takes us high again with the song “I’m About To” featuring Melissa Gomez. This is the first and only song with a featured artist, and it’s a great feature. This song is all about going all in for the Lord Jesus Christ. Melissa started rapping on her verse and then switched into singing mid verse and it sounded great. The next to last song is “You Still Love Me.” L.I.G.H.T. is in awe that God still loves him no matter how many times he messes up and that’s how we should all feel. He doesn’t want to take advantage of God’s grace, this is a solid and necessary song on the project.

This last song may be the most heartfelt and impactful song on the album. On “Hard Work,” L.I.G.H.T. takes us into his life. The first verse speaks to how hard the Christian life can be and the second verse gets personal. L.I.G.H.T spends the rest of the song honoring his mother who died July 22,2020, from cancer. He saw his mother transition from good health to hospice but she didn’t complain, instead she smiled and continued to praise the Lord. His mother served as an example of living righteous and fighting the good fight. This is an amazing end to the album.

All in all, this was a solid project and I’d like to congratulate L.I.G.H.T. on his return to music. This project wasn’t overly lyrical but that doesn’t seem to be his style. L.I.G.H.T. gives the listener the message straight with no chaser. I’m a fan of dope lyrics and rewindable content to keep me returning to a particular project or song. This didn’t have that for me but I do appreciate the idea to release a West Coast sounding album in December. This album was dedicated to his mother and he promised her that he wouldn’t give up on his rap ministry. You have to appreciate his willingness to honor his mother’s wish and his willingness to throw himself into a musical climate that’s changed since his last release. If you are looking for solid music about Jesus, you need to check out L.I.G.H.T.‘s ‘HAM Vol 1:Hard At Ministry.’