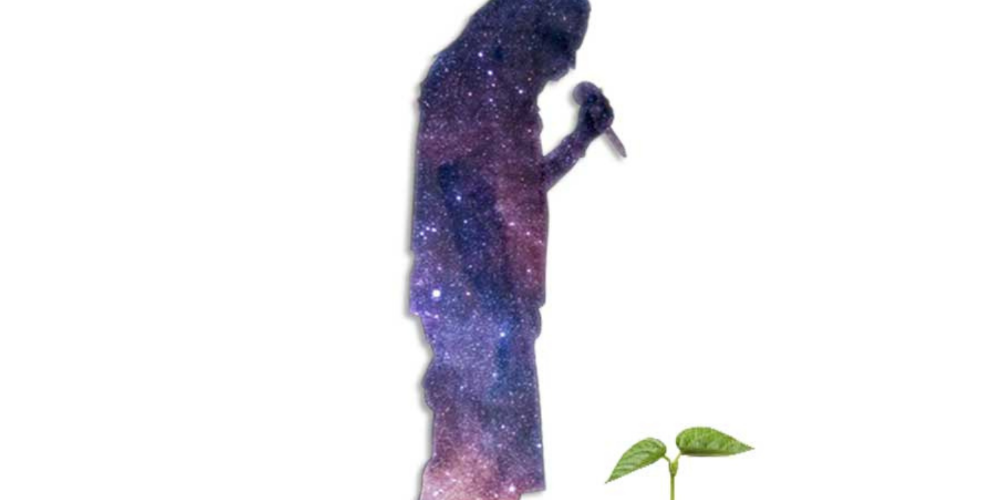 With the current climate, the need for good music is at an all time high. People have been consuming art during this time, and what better art than hip hop infused with the Christian Faith? Some artists are actually releasing their debut albums this year, and J Righteouz is one of them. Let’s dive into his project ‘Righteouz Seedz.’

The first song on the project is “Who Are You” produced by Genesis trackz. This song has some bass and some airy chords. Righteouz’  statement that we are born in sin goes against the statement “born to win” was an interesting point.  J asks the listener who they are and introduces himself. Not a bad way to start off the project. The next song is “Wide Awake” featuring the singer Carrie Dyson. J Righteouz raps about how he’s too awake to fall asleep. I like the hook with him and Carrie but I do think the “Warrior like Steffon Curry” reference is a bit dated. He had some nice lines on this song, I’m not mad at it.

Song number three is “Christian” and Righteouz picks up his cadence and flow on this one. Righteouz talks about how He’s a Christian without emphasis on religious duties or tasks. We go from this song into “Believer” featuring Carrie Dyson. J does something different and does some singing on this track. I like the chants at the beginning of the song as it transitions into Carrie’s vocals on the hook. This song is clearly a song of worship as J talks about the reasons he’s a Believer. I like this song but there are some missteps. The paradise/pair of dice bar didn’t land to me. Also the much toys/much noise bars felt forced. People don’t say “much toys” and it felt like that was said to get the “much noise” rhyme off. Overall, it was one of the stand out songs on the project.

We turn the corner on the project and land on “P.O.M.E(Product Of My Environment).” This song is the cliché “grew up in the hood and life was going bad until I met God” song that’s almost obligatory on a debut CHH album. This song didn’t tell me anything I hadn’t heard before, this could have been left off the project. Song number six is “Destiny” and I like what Genesis trackz did on this instrumental. This song builds off off “P.O.M.E” as Righteouz talks about the choices we make, but he goes deeper into what causes us to make those decisions, namely Satan.

The next to last song is “Live Life” featuring Carrie Dyson and as the song implies, J Righteouz is encouraging the listener to live life without any complaints. This is the encouraging song near the end of the album that serves as reminder that though life is rough, we’ll be okay because Jesus is with us. The type of life we will lead is up to us, and J Righteouz and Carrie Dyson remind us to “Live Life.” The final song on the album is “All The Way,” and J Righteouz takes us out on a high note. He’s talking about living for God on Earth so he can get to his destination in Heaven. He switches up the flow on the second verse and gets into some sing rapping as well. He really wants others to go “All The Way” with him, so he’s witnessing and doing his best to make it to his destination. This is a nice way to end the album.

All in all, this wasn’t a bad project. Other than Thi’sl and Flame, we don’t hear a lot of music from artists in the St. Louis area. J definitely has that country slang and that slow steady cadence you might expect. I appreciate that he switches up the flow on some songs to keep the music from sounding monotone. With his vocal tone and cadence, I would like to hear J Righteouz on some dirty grungy boom bap instrumentals. His producer, Genesis trackz, had a definitive sound for this project as we heard a lot of airy sounds and synths over hard hitting drums. I appreciate the multiple guest appearances from Carrie Dyson; I felt like her presence gave J Righteouz the permission to open up and sing more. J Righteouz gives it you straight with no flowery words or imagery and that may work for his intended audience, but not for me. I would love to see J step his pen game up as some of his metaphors and similes fell flat. His line “Try to stay afloat like ice cream and root beer” made me cringe, and I felt like much of his rhyme schemes were a little too simple. In a genre that emphasizes lyrics as much as instrumentation, I would like to see J Righteouz level up his lyricism.

Overall, this is a Christian emcee who is very excited about the Lord and that came across in his music. If you’re looking for some hip hop to encourage you on your faith walk, you should check out J Righteouz ‘Righteouz Seedz‘ project.