Veteran emcee and creative, Dre Murray, recently released some good news for us “Humans Behind The Screen.” Murray announced that he’s officially a part of the Illect team. The veteran hasn’t retired and believes he still has something to say. Hopefully we will get a taste of what the Illect and Dre Murray collaboration will sound like sooner rather than later. Dre’s most  recent release is ‘Dark Vader 2,’ which is exclusively on his website, so make sure you go and cop that. 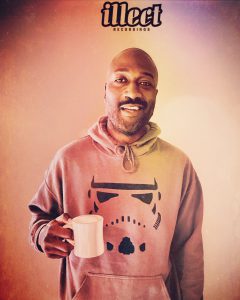