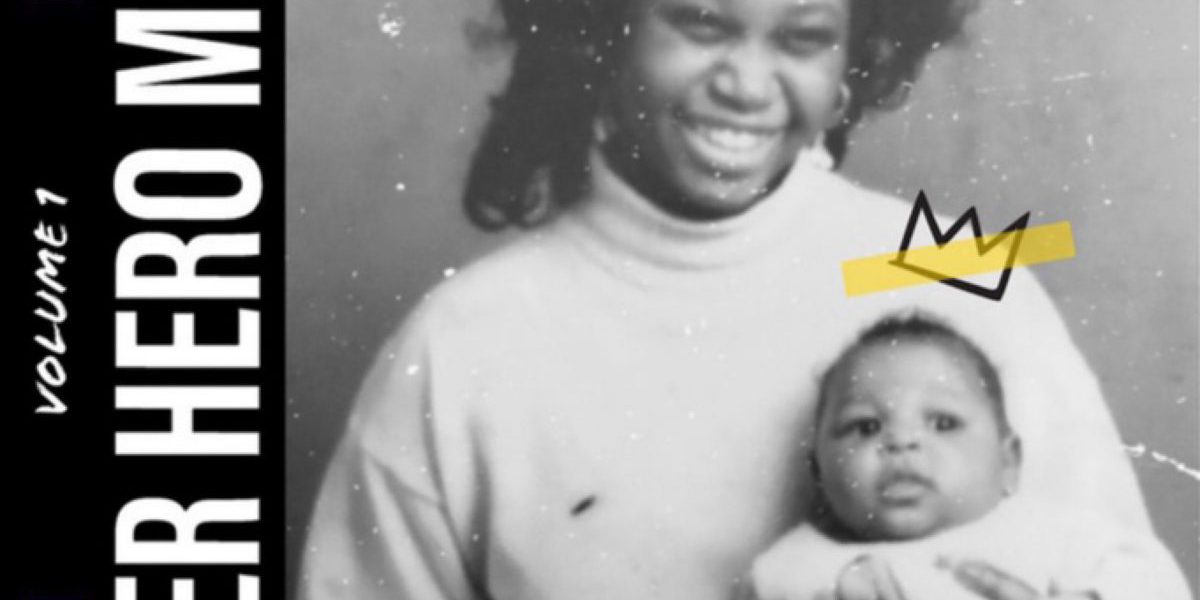 The South has always had something to say, and  South Carolina has really been seeing some shine  with some of the biggest hip hop acts coming from the state in the last few years. We at Trackstarz were blessed to be given an exclusive listen to a project from a new artist coming out of Carolina. Markell DeVon is based in Greenville, South Carolina and is releasing his debut project ‘Super Hero Music Volume 1.’ The project won’t be released until May 1st, so let’s dive in so people know what to expect with Markell DeVon’s debut album.

The very first song on the project is titled “Villain,” which could be kind of jarring as the album seems like it would be about being a hero. One of the things about being a hero and fighting villains, most of the time, the biggest villain a hero has to fight is themselves. Markell makes it plain that he is no angel by apologizing for having somebody’s fiancé in his bed as one of the opening lines. It seems like his dark side is doing the talking on this song as he states, “Markell DeVon, he do what I say/ He a slave/ it’s funny how y’all think he a saint/ cuz I got the proof to show that he ain’t.” Before the dark side can get too deep, Markell cuts him off and starts crooning asking what’s a hero to do. Kyle Junior did a great job on the beat for this song, as it sounded soft yet ominous but the bass still pounds in the earphones. This song lets you know this story is just getting started. The second song is “I Thought” produced by Kyle Junior and featuring P.k. Lynnrd. The song starts with the hook with Markell singing that he thought he was on his own. He goes into a verse and states he is the same person he was in the sixth grade and instead of fighting he takes the time to pray. P.k. Lynnrd comes in with his verse as he talks about his life and struggles. This was a nice song and Kyle created a soundscape that’s perfect for pouring out your heart on the track.  Next is “Growing In Faith” featuring Jonny Locus and Wordplay Luck. Producer D-Ace handled the production on this track and it has a solemn sound to it, but the the bass still bumps. The three artists come from three different perspectives, but they are all about trying to grow in their faith. This track is definitely worth listening to over and over and is one of the best songs on the album.

We arrive at the title track “Super Hero Music”  produced by Accentbeats. The song starts off with a monologue of how the Ohana Clan(DeVon’s record label and collective) are really a family. The song serves as the theme music for anyone striving to live for God. I really like the hook, “I do it for the King so I do it well.” Markell really skated on the beat, even getting into a bit of double time rap near the end of the song, bringing truth to his bars, “Switch the flow like an audible.” The song sounds triumphant and Markell did his thing on the track, and I loved the reference to one of the best black super heroes, Static Shock. The fifth song is “Better Than Yesterday” produced by Kyle Junior. DeVon gets real honest on this song as he opens up about his relationship with mother. He felt like his mother chose his step father over him. The second verse speaks to DeVon being betrayed but the present is still better than yesterday.The hook was the star of this song and there’s nothing wrong with that at all. Next on the album is “How I Feel” featuring Blase produced by Kyle Junior. This song has an interesting format because Markell spits one verse and then goes to a hook and Blase sings a verse and then Devon closes the song out with the hook. Markell was just venting from friends, family, to hearing the voice of God and realizing that there’s a need for “Church up in these streets.” Song number seven is titled “Lil. Crazy” and it was produced by Yondo. This song finds young Markell rapping about the one thing that drives most young men crazy. This song is like reading a page from DeVon’s jouranl as he talks about a young woman he’s interested in. From stalking her Instagram account, comparing himself to her boyfriend, it’s clear that Markell is smitten. He ends the first verse with, “Facetime me when you free cuz I love how you smile/ she stay the next state over so I’m pushing them miles.” The drums, chords, and horns really set the mood along with whoever is singing on this hook. A story is being told and you can only stay tuned to see how it turns out. DeVon starts the second verse by saying that maybe he needs a counselor, but for now he’s just going to keep writing about this lady. He realizes that the time he’s spending on her(whether in real life or just his mind) is taking the place of his time with Christ. But nevertheless, Markell paints scenarios of her in his mind, like seeing her when he’s on tour or if she wears his merch. He ends the song by saying she makes his rib hurt and decides to Facetime her. We hear him dial and she picks up, but then the song fades out. This song painted a vivid picture and was like an audio movie an the listener is left on a cliffhanger. Markell brings us back down to the ground with “Another Lifetime” produced by D-Ace. Markell uses this song to talk about some issues close to his heart and mourns the loss of a good friend. Most of the song seems geared toward celebrating his friend and how he hopes to see him in another lifetime.

We are turning the corner onto the last few songs on the project and we are greeted with “Addiction” with Kyle Junior handling the production. Warning: hide your kids before you play this song as Markell goes deep into some of the addictions he’s battling. DeVon tells the listener about the things he was exposed to at the age of three that sent him down a path that he’s crying out to The Lord to free him from. Markell holds nothing back from the listener or God in this song, and it’s a reminder that we have to always fight these addictions, and we can overcome them. The next to last song is “Fighting Insecurities” featuring Charlene Nash and produced by Kyle Junior. Markell went from battling his addictions to now fighting insecurities. Markell is reading the Bible when sin knocks at the door of his mind, and he knows he has to fight. He acknowledges that he(like a lot of men have) used women to build up his own confidence. I love this hook and then he teams up with the Canadian crooner Charlene Nash as she sings about fighting insecurities from her perspective. She sings that she’s weak when she thinks she strong, and that she thought the thoughts she’s fighting would be gone by now. Her insecurities are making it hard for her to breathe and she asks for Jesus to come in and fight for her. This is an amazing song and very encouraging. It’s like the Book of Lamentations in the year of 2020. The project concludes with “Bitten Fruit” produced by D-Ace. Markell speaks about his possible baby mama and wanting to be a good father for a child that might be his. The project ends abruptly with no resolution, but such is life.

In conclusion, this is a strong debut project. Markell gave the listener honesty that is rarely heard in music today, much less in the very first studio album release. Markell said, “These stories cut deep but felt selfish locked away.” Markell DeVon brought us into his world in a way that was both open and uncomfortable. The title was ‘Super Hero Music Volume 1,’ so you would think the music would be happier and more triumphant. If the recent super hero shows and movies have shown us anything, fighting against the villains in ourselves and doing the right thing is not easy or light. There’s a good amount of suffering and tragedy in the life of a super hero and Markell modeled that in his project. There are still glimpses of hope, peaks of sunlight through life’s storms, and that allows Markell DeVon to keep moving forward. It’s clear that he has a sound and I’m looking forward to seeing him expand on that. I loved all the beats but after multiple listens they can start to sound the same. I would like to see Markell tackle a wider variety of production, he’s talented so I know that he would do well on whatever he approaches. I loved his features, especially on “Growing In Faith” and “Fighting Insecurities.” If you are looking to listen to a new artist and walk with him through the ups and downs of life, I highly suggest Markell DeVon’s ‘Super Hero Music Volume 1.’