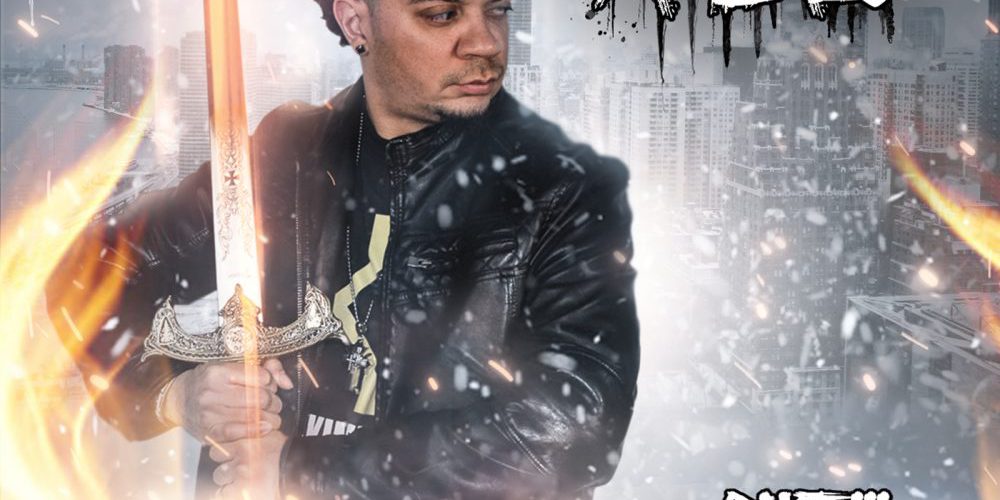 Music, music, and more music. If last year felt like it was fairly light on music, that is definitely not the case this year. Not only has a  lot of music been released but quite a few independent artists have gotten their music reviewed. March is almost over and this the fifth album review I’ve done. There seems to be quite a bit of movement in the Midwest and today is no different. Today’s album is ‘Flames of Winter Pt.III’ by Cincinnati’s own A-Eazy from the label 1st Kingdom Music Group.

A-Eazy wastes no time as the very first song on the project is “Flames of Winter.” Eazy makes it clear that though things are slow and cold he brings the heat. I think he’s pretty much letting it all hang out on this first track. He’s taking out anyone who gets in his way with lines like, “they don’t want beef but they still throwing shade/ don’t ever use God as an excuse or in vain!”  From that to people not appreciating what he does for them until it’s too late, A-Eazy takes us deep into his world and it’s only the first song. Next is the song “Chasing” where A-Eazy let’s the world know he is chasing money but he won’t put that over God. He dropped a lot of references in this song, from anime to comic books, there’s a lot of stuff for you to catch in this song and the entire album. I like how Eazy balances chasing money with the purpose of why he’s chasing it. He mentions he puts in work because that’s what we were born to do and because his family needs food. This K-Drama produced beat has the bounce and the urgency needed to convey the weight of this song. The third song is “Waves and Vibes”  and we find A-Eazy riding a wave and feeling the vibe. This song toes the line between confidence and arrogance. He says his whip and drip too fresh and speaks to haters that he’s accusing of trying to ride his wave. He mentions that God is on his side so his team can’t lose and mentions that God is in charge, but other than that this song’s content doesn’t sound too different than what you hear on the radio.

The next song on the project is “Out The Struggle” and A-Eazy starts off talking about how we put pictures up on social media looking for security in that. Eazy speaks of how he’s been grinding for so long and God picked him off the ground. I’m not a big fan of this hook and also there are moments where A-Eazy speeds up his flow but it doesn’t really work, at least not on this beat. I like the simile “people talk in circles like a drill bit” that’s very unique and one of the lyrics that stood out on this particular song. The fifth song is “Self Destruction” where we find A-Eazy talking about what could be either substance abuse or some other negative habit. This song goes through feeling unable to fight the urge to feeling high to the inevitable low that comes after the high. This song is full of passion and personality as if Eazy has been through this before. We make it six songs in before we reach the first song with a feature which is “Let Em Know” featuring V. Rose. The first thing we hear is V. Rose’s melodious voice singing she’s gotta “Let Em Know.” This song is definitely the testimonial song on the album, as the theme seems to be that when God saves you, you have to tell others about Him. This is a nice song with a great hook. We go from that to “We Lit” featuring Steven Malcolm over a banging K-Drama beat. This song speaks to why A-Eazy is lit, mainly because of God and the hard work he puts in. I’m not a fan of A-Eazy’s first verse as it sounds rushed, Eazy tried to do double time rap on this beat and it just didn’t work. The third verse finds Eazy more in the pocket and he tried to speed it up again but in spurts going fast to slow and it sounded much better than the previous attempt. My favorite part of the song was Steven’s verse, as it had a lot sauce on it and Malcolm flowed perfectly on it.

The eight song on the album is “Came Up” featuring S.O., which sounds like another song with A-Eazy talking about how he came up(see  “Out The Struggle”).  I’ve already heard this song, the only difference is that there’s a featured artist. Honestly, I like this song more than “Out The Struggle.” Next is “No Losses”  featuring Gigi and I really like this song. I like the fact that the first verse went to the featured artist and she killed her verse. She skated on the beat and had hard hitting punch lines. I especially liked her cadence and inflections, she showed how to change up the verse without having to try to rap really fast. So far in the project, this verse from A-Eazy may be his best performance. He rapped fast but he also had space so he didn’t get off beat, and he didn’t try to force too many words in his bars and that helped him out quite a bit. Next we have the song “Your Vibe,” which is produced by Kid Flash, making this the only song not produced by K-Drama. This song is for A-Eazy’s wife and it’s just Eazy pouring out his love for his wife. The next song is “We Legit” where we find A-Eazy talking about his whole squad is legit. I don’t really care for this song but he did save the best bar on this song for last. When he said, “If you can pay a Pastor to speak/ then you can pay me to preach over a beat!” I definitely felt that.

The next to last song is “Way Maker” featuring Young Noah. I like this beat and I like A-Eazy on it. This song finds both emcees praising God for making a way for them in the midst of hardship. Young Noah was an excellent choice for this song, his voice sounds good on this beat. His last lines “His grace is sufficient/ but being a good person isn’t” really brought the song home. Finally, we come to the final track on the album titled “Closing Thoughts.” This seems like another stream of conscious type of song as Eazy just lets It all hang out. A-Eazy talks about everything from people pleasing, frustration at his music career, working a job, not making enough money, and a lot of other things. It’s very interesting that he began and ended the album with venting songs, they serve as bookends. A-Eazy really brought us into his world on this project and left us with a lot to chew on with his “Closing Thoughts.”

In conclusion, this was a pretty solid project filled with highs and lows and let’s the listener get to know the artist a little better. This was my first time listening to A-Eazy and I felt like I got a good idea of who he is and what his life is like. I enjoyed some of Eazy’s lyricism as he wove anime references all throughout the project. Some were obvious and others not so obvious, so it was like Easter eggs hidden on the tracks. Some of the low points of the album also include the lyricism. While I understand that every line isn’t going to be great, some bars were cringe worthy. Lines like “so high up you’d think I have wings” and “flying over heads like jet planes” were a little too simple for me, which is disappointing when paired with some of the better lines on the project. I would also like for Eazy to slow down and not force words, but also not to repeat himself so much. Thirteen songs is not a whole lot but there were duplicate songs on the project in my opinion. The song “Out The Struggle” didn’t need to be on the album because the better version “Came Up” was also on the project. The same thing could be said for “We Legit” when you have the song “We Lit” on the project, it just sounded redundant. There was a lot of mention feeling like one of the greats, getting it out of the mud, working hard and haters. A lot of stuff recycled by the mainstream artists. There are times where A-Eazy toes the line between confident and arrogant, and sometimes to me, he crosses into that arrogant lane. I would like to see A-Eazy dial back on that in the future. He had a lot of really really good features and for the most part, I feel like he held his own. If you are looking to heat your earbuds up, you may want to check out A-Eazy’s “Flames of Winter Pt. III.”