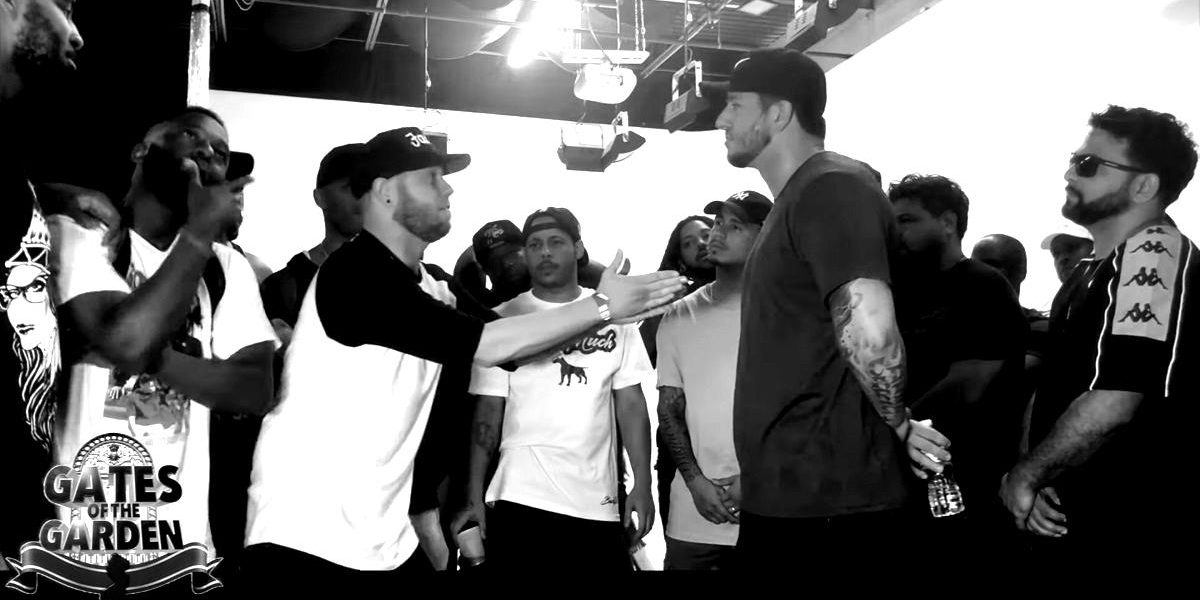 A. Ward AKA ” Rebuttal Game Crazy AKA Mid Round Freestyle AKA Leave Him Alone is back with what could be considered his most one sided battle yet. On a Sunday in Georgia, lyrical homicide was committed by a brother of the Faith, and to add insult to injury, it was caught on tape. The league that hosted this funeral was Gates of The Garden on their “Open The Gates” event. As soon as the gates opened it wasn’t the saints that went marching in it was A. Ward’s opponent Killashiz(pronouced Colossus, don’t worry Ward addresses this). Killashiz started the battle off and went into some predictable Christian based bars, as well as the expected blasphemy and tired old angles that all of the IV Horsemen experienced. But as soon as it was A. Ward’s turn, he snapped with a fire rebuttal and debuked one of Killa’s angles. Ward had the room shaking, the audience calling for him to stop, with several “On A Sunday!” Not quite sure how Ward pulled it off but he beat his opponent 3-0 but the battle was only one round. This battle has had Twitter buzzing for the last couple of days, do yourself a favor and check the battle below to see what all the hype is about.

WARNING!!! THERE IS HARSH LANGUAGE IN THIS VIDEO!! WATCH AT YOUR OWN CONVICTION!!!!!!!!!