I had a very busy week last week that culminated  on Saturday May 18,2019. My daughter, who I affectionately call “the Munchkin,” participated in Lemonade Day in Louisville, Kentucky. What is Lemonade Day? According to their website,”Lemonade Day is a fun, experiential program that teaches youth how to start, own and operate their very own business – a lemonade stand. Each year, in participating cities, youth have the opportunity to experience entrepreneurship by setting up their business during their city’s community-wide Lemonade Day.” Lemonade Day started in 2007 in Houston Texas and spread across the country, going from 2,700 children to over 1 million children in North America. My wife, Marlesha, had heard about this program a couple of years ago but we hadn’t gotten around to signing the Munchkin up. This year we signed the Munchkin up and before we knew it we were participating in Lemonade Day Louisville. The program had computer modules that Munchkin and her cousin MooMoo had to complete to prepare for the day. They learned the three S’s, spend, share, and save when it came to business.

One organization, YouthBuild, actually built lemonade stands for those participating in Lemonade Day Louisville, the wood was donated by Lowe’s I believe. MooMoo and Marlesha painted the stand and loaded it up in the car. Another facet of the program was a sort of sales pitch and presentation that the girls had to prepare for. The pitch took place at Simmons Bible College and there would be a potential investor( Park Community bank of Louisville) who would loan the girls money after the girls presented and answered some questions. The flip side is that my daughter at age 11 already determined that she didn’t want a loan because she didn’t want to pay back high interest. She just wanted the experience of talking to business people about business and how to pitch her ideas. The feedback they gave was great, they loved the fact that the girls stood up, had a poster board, and clearly articulated their goals and ideas. The girls still listened to the businessmen discuss how loans worked even though they had no intention of borrowing money.

One thing that made the Munchkin and MooMoo’s lemonade situation stand out is that they had a corporate sponsor. BAYA Corporation(Beautiful As You Are), a young girl’s empowerment group, cut the girls a check to serve lemonade at their most recent conference “Girl Love Yourself.” So for MooMoo and the Munchkin’s first Lemonade Day, they got a corporate sponsor and would be serving between 200-250 girls! The days leading up to the big day found the girls concocting different flavors, making positive affirmations for the girls, as well as so many other things. The day of the event, found the entire family( at this point both Marlesha and myself were the girls’ employees) at the conference setting up. The well decorated lemonade stand would serve as a photo booth after the drinks were served, it was clear the girls didn’t just bring Lemonade to the conference but also an experience that sought to uplift the girls and aligned with BAYA’s mission to uplift and empower young girls.

But it doesn’t stop there, the girls are going to keep this lemonade stand going as they will be at another engagement the following week. Marlesha reached out to several stores and a manager at Half Price Books in Louisville(Hurstbourne location) was really excited to have the girls come out. He wants the girls to come out on May 25th, as the store is having a big Memorial Day Weekend sale and anticipates a lot of traffic for the lemonade stand and the book store. The girls have agreed and even agreed to give a portion of their proceeds to support the cause that Half Price Books will be supporting on that day as well, which is helping combat child illiteracy.  My daughter has been wanting a job to make money since she was four and more recently said that she wants to own her own business. Her word for the entire time leading up to the first engagement was “cost effective” and it made me chuckle to see how she tried to save money on buying supplies to maximize profit. As a parent, it brings me so much joy to help fan the flames of whatever my child is interested in. We were able to teach and put into practice so many Biblical principles when it came to handling money and business(the Bible does talk about money a lot, believe it or not) and to see my daughter begin to see the importance of work and generosity has me very excited to see what the future holds for her. 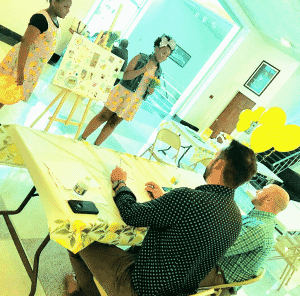 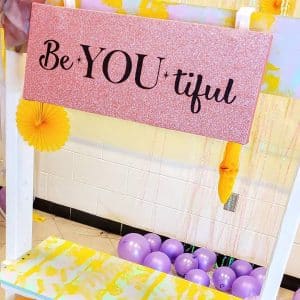 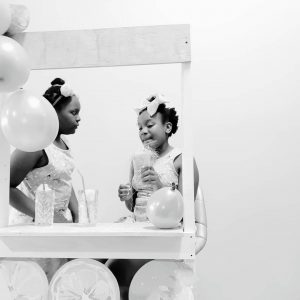 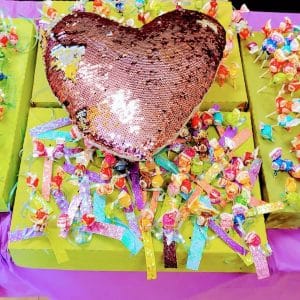 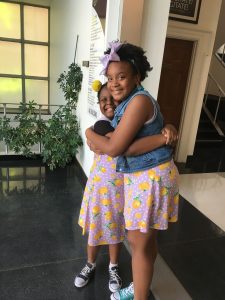 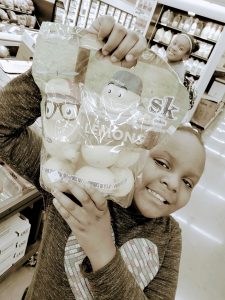 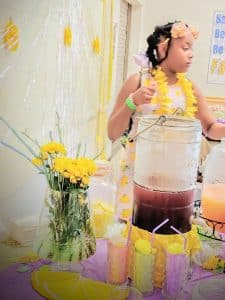