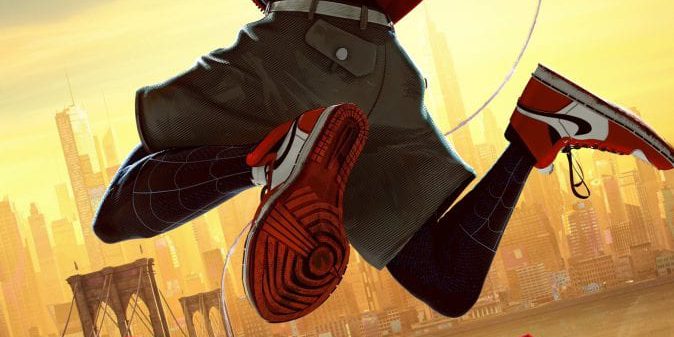 First things first, rest in peace Stan Lee. I’m sure all the success Marvel has seen over the last decade in the film industry went beyond what even he could imagine. Who would have thought that a city, much less country and even the entire world would fall in love with the unlikely hero of Peter Parker better known to the world as Spider-Man? Spider mania is at an all time high and Marvel has given the fans something to sate their appetites with in the 2018 released film “Spider-Man: Into The Spider-Verse.”

Before we can get into the movie itself we need some background information on both Spider-Man and the Spider-verse. Many know the backstory of Spider-Man but don’t know that his first appearance was in Amazing Fantasy #15 comic published on August 10, 1962. Spidey was the brain child of both Stan Lee and Steve Ditko, Stan wrote the stories and Steve used his pencils and skills as an illustrator to bring the webbed wonder to life. In the sixties, teenage superheroes were in the position of sidekick and not the main protagonist so Stan and Steve were breaking some serious ground with Spider-Man. He was the one hero who could save the world in one panel but yet be worried about getting evicted in the very next panel. It’s things like that which made Spider-Man so relatable and popular, to the point where he might be the most popular comic character in the world.

What in the world is the Spider-Verse? If you don’t or haven’t read the comics, especially in the last four to five years, then this term may be foreign to you, or maybe you think it was made up for this film. Back in 2014, Marvel Comics had a Spider-Man comic book story line titled “Spider-Verse.” The story had Spider-Men(and women) from across multiple universes team up to fight this creature Morlun and his family, beings known as the Inheritors. This event highlighted other spider characters that were so popular they were published in their own comic books and even meandered their way into the Disney XD show “Ultimate Spider-Man” causing it to become “Ultimate Spider-Man: Web Warriors.” Now some of those same characters have made their way into the new movie.

People have been looking forward to this movie when the trailer showed that it was a young African American man was the face under the webbed mask. Those familiar with the lore of Spider-Man have been wondering just when young Miles Morales would have his time on the big screen. Although this is a Spider-Man  movie please don’t be fooled,  this is a film about Miles Morales. Miles is no stranger to the world of Marvel as he first appeared in “Ultimate Fallout” issue number 4 in August 2011 under the Ultimate Marvel universe, a universe much different from the mainstream Universe. One of the things I love about this movie is how close it sticks to the source material. Miles’ Afro-Latin roots( his father is African American and his mother is Puerto Rican) are on full display as we hear his mother admonish him in Spanish and as he talks to his peers and neighbors on his way to school in his hometown of Brooklyn. During one of his visits with his uncle Aaron, Miles gets bitten by a spier that gives him powers. Miles retraces his steps to the abandoned spot where his uncle helped him with his graffiti art and that’s where he met Spider-Man while Spidey was fighting the Green Goblin. Spidey gives Miles a key to fight off the coming doom and the film is about Miles seeking to fulfill his promise. Morales quickly learns that there are other Spider-People from different dimensions that are stuck in his. The danger, the laughs, twists and turns of the film will pull on your heartstrings in a variety of directions. Having read the first 4 issues of Miles’ appearance back in 2012, some of the big surprises aren’t as shocking while I was pleasantly surprised by other developments. My personal favorite scene is when Miles accepts that he his Spider-Man and takes his new suit for a field test. Miles taking to the sky and flipping across the city to the song “What’s Up Danger” by Blackway featuring Black Caviar just took the whole scene to a different level for me. Speaking of songs, I’m enjoying how lit and dare I say “urban” some of these movie soundtracks have become lately. The soundtrack to this film is definitely worth checking out and is available on streaming platforms.

This film is definitely worth checking out and I’m already looking forward to purchasing it when it’s released on DVD. Do yourself a favor and check out this movie to figure out what people have been saying about Spider-Man since 1962. Namely, Spider-Man is amazing and he or she could be anyone, even you.