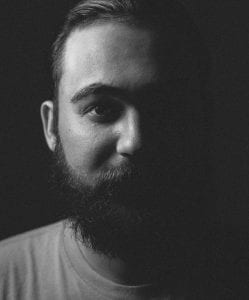 Kauai, Hawaii – Every journey has a destination.

It is a place where one stops, takes stock of the road they have traveled, looks out to a new horizon and whispers “Mahalo.”

What began at 15 years of age produced the state of Hawaii’s highest recognition for music. Christian Hip Hop (CHH) artist Illtalian began with a life goal of winning a Na Hoku Hanohano, also known as the Hawaiian Grammy, and earlier this year that goal became a reality. Illtalian, known to family and friends as Thomas Iannucci, accomplished what he set out to do when he began his musical journey.

Thomas has now announced the upcoming release of the last ‘Illtalian’ single.

The track is titled “Just Hold (Hoku)” and will be released via Nectar Elite Distribution. With production by fellow Nectar artist PoetiCS, Iannuci shares the story of his accomplishment with those who supported and played a role in his achievement.

The single will be available on all major digital outlets, including Spotify and iTunes, on September 17, 2018.

Cover art for the single was released along with the song’s announcement. It is shown below: 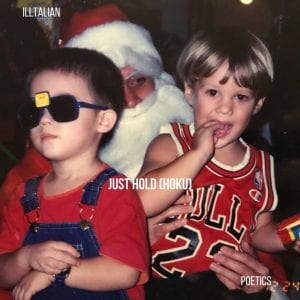 During his time as ‘Illtalian’, Iannuci has represented his faith, culture, and the state of Hawaii with a passion that no one could ignore.

His unique voice and lyrical gift connected with CHH fans deeply, creating a devout fan base. Since the announcement of “Just Hold”, those fans have taken to social media, trying to understand what is currently happening with Iannuci.

While uncertainty abounds in the current landscape, there one simple truth that should not be ignored. Whether or not this is truly the final work that we hear from Illtalian, we should not miss out on the greatness that is sure to be “Just Hold”.

“He really killed this,” said PoetiCS. “I’m super proud of my brother…[it will be] a great way to send him off.”

“I can’t think of anyone else I’d want to make a last song with. PoetiCS is amazing,” said Thomas. “Just Hold recaps and celebrates my biggest achievement as a rapper. It emphasizes the idea that no matter the good or the bad that life may throw at you, Jesus will always be there for you. It seemed like the perfect way to end the story of Illtalian.”

“After over a decade of rapping, I have simply decided that it is time for a change. When I was 15 years old I decided I wanted to be a rapper. I’m 26 now and as much as I have enjoyed making this music as Illtalian, I’m definitely in a different place in my life than I was ten years ago. I’m not in school anymore; I work two jobs; I have to pay rent. Recently I have been thinking a lot about the future. Though it may not make sense to everyone, Illtalian is only one facet of my life. I exist outside of Illtalian. I have several hobbies that I would like to get back into that I really enjoy, like Jiujutsu and writing. These things have been on hold and the only way I see to do them all is to simply be Thomas Iannucci.”

“To be real, Hip Hop is very time consuming, not to mention expensive. It is an incredible blessing and, as with all things, I have to look towards the future. I believe I have gone as far as I can go as Illtalian. I look forward to moving towards better and greater things, no matter where they exist.”

As part of the Nectar family, Trackstarz fully supports Thomas as he continues his journey. God always has a plan to use all things for His good and we know that He is just getting started with Thomas. It will be exciting to see him mature in his walk, no matter where that takes him. He always has a home here with us.

Get ready to grab “Just Hold (Hoku)” on September 17. Let’s send Illtalian out in a way that only CHH is capable of.