Illect Recordings artist Armond Wakeup has just announced the release date for his upcoming album ‘Even If I Lose.’ The project is due out 2/27/2018 and is the official follow up to his critically acclaimed ‘Kairos’ project released in 2013. While Armond has released several projects since ‘Kairos,’ he has described those as “niche projects” thus making ‘Even If I Lose’ a true follow up of ‘Kairos.’ Mr. Wakeup also released the tracklist which you can view below and pre order the project here. What do you think of this tracklist? Are you going to pre-order Armond’s album? Let us know in the comments!!!

Revelation Is Revolution/ Even If I Lose, Too(produced by Doc)-Matthew 11:12

I Am The One(produced by Tee Wyla and J. Rhodan)-2 Corinthians 4:14

How Much More featuring Sean C. Johnson(produced by J. Rhodan and Jonathan Baker)-Luke 11:13 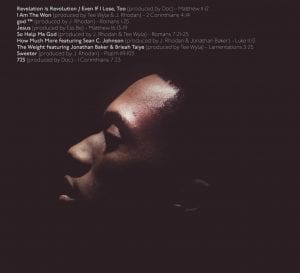