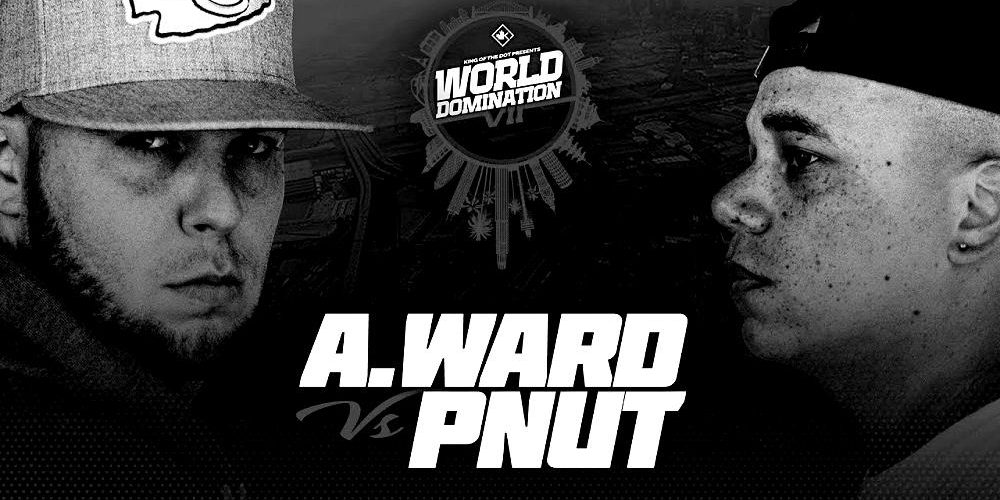 Back in October of this year, A. Ward had a chance to perform on a really big card “World Domination VII.” He faced off against Pnut in LA and the footage just dropped yesterday. This was a really good battle and the back and forth bars between them were amazing. Neither opponent backed down for the other, and A. Ward held his own against a veteran on the King Of The Dot platform. Many people have called it Ward’s best battle to date and that he won it hands down. Peep the battle below and let us know who you think won this battle? Which was A. Ward’s best round of this matchup? Which bar was your favorite? Let us know what you think in the comments!!

WARNING: THE BATTLE HAS OFFENSIVE CONTENT! WATCH AT YOUR OWN CONVICTION!