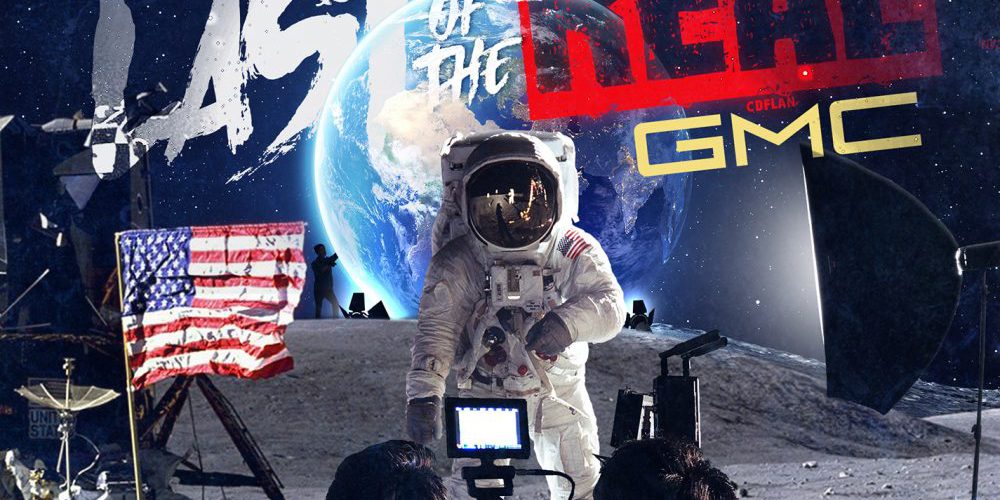 A lot of music has been dropping this year, and some acts have been getting passed on. Well right out of the Midwest comes a hip project that you may want to check out. Cincinnati dweller GMC recently released ‘Last Of The Real,’ an album that is fourteen tracks chock full of truth.

GMC starts the album off with “I’m Back” where GMC exclaims that he is back, not just back to rap but to spread truth. GMC calls out the music industry over a real slow and steady hip hop beat. For those unaware of what GMC is back from, it’s hip hop retirement. His forth album “Exodus’ was supposed to be just that, but he has returned with his latest offering. This intro is to let you know that GMC is back like he never left. Next on the project  is “No Need To Run” which has a nice sample, pitched up and possibly sped up. GMC finds himself back to back to back to back with Brinson, Dmaub, and Von Won. GMC sets the track off speaking about the Grace of God and how he is here to stay and doesn’t mind what comes with living for the Lord. Brinson brings a nice southern twang, Dmaub brings a good verse (always good to hear from him), and Von Won brings some soul to this track. This is a good song all the way around. Song number three “Callin'” features Dillon Chase, RL, and Tre9. GMC talks about calling out to God when one is trapped in sin and his features really complimented this track. Dillon is really good at speaking of his need for God, Tre offers a great verse, and RL is perfect on this hook. The mood of the song sounds like desperation and it comes across really well.

The fourth song on the album just happens to be the title track “Last of The Real.” This song has some West Coast synths and some banging drums and some sort of haunting sample in the background. GMC just unloads on the track about the ills of society, the side of Hollywood, just about anything you could think of dealing with the negative side of society. All of this to say that GMC considers himself in that remnant or “Last of The Real” of believers in Christ Jesus. This is a very solid song and definitely is the theme of the album. Next on the project is “No Sir,” a banger in which GMC asks the listener if they want to do drugs and other sorts of vices to which he responds “No sir!” GMC speaks about his past drug use and the problems that come from such a lifestyle. In an era of hip hop that lauds the drug fiend, this song is highly counter cultural. The sixth song is “Hail to the King” featuring Deacon D.A.S. and is possibly my favorite song on the project. I say this because the beat sounds so different from everything on the album, but in a good way. It has  a great Caribbean Island type sound and GMC switches up his flow just a bit to be refreshing and Deacon D.A.S. sounds good on it as they both praise the Lord with their bars. This sound is so refreshingly different and that’s why it is my favorite on the project. This is a well put together song. Moving right along on the project we find “Rise Up” featuring Hazakim. This song has a very somber slow tempo beat, with a vocalist humming in the background. GMC speaks about rising up for Christ and Hazakim sounds great on this as this is right in their wheelhouse. “Rise up if you’re down for the cause” is a great refrain.

GMC gets real open and honest with “Never Failed Me” and “Now is the Time.” GMC speaks about how the Lord has never failed him and about how now is the time to live for Christ because we are living in the last days and Christ could come at anytime. I appreciate his flow switch up on “Now is the Time” with an assist from RL on the hook. The tenth song “Where Do We Go” features RL, L.B.C., and Driven.  What we have here is a spacey somber beat with  the artists on this song all speaking of sinking low but needing to head up to Christ, as He is the place they can go. The artists do well on this song but RL really shines on this, for me the hook is the star of this show. With “Pseudoscience” we find another Hazakim assist on this track as GMC speaks on the media’s portrayal of the Christian in his first verse. This song pretty much attacks the idea of Evolution and says that it operates as a religion. A very interesting song and leaves the listener with a lot to think about.
To close out the album GMC leaves us with “The Realest Song I Ever Wrote.” We find GMC speaking again about his drug use, but this time he goes a bit deeper in detail about his addiction. I love the woman singing the hook and it just adds something great to the track. GMC is very open and honest about this intimate part of his life and all that drugs have cost him and also about how he used to make counterfeit currency and how that got him in trouble. To hear all this and see what he is doing now is nothing less than a miracle, and I dare say, that’s why GMC put this song on the album.
In conclusion, this was a great way for GMC to return to music. I’m sure his fans are eager to see him return and it also gives first time listeners (like myself) something different to listen to him. As far critiques go, I would leave to see GMC switch up his flow a bit more. If you go back and listen to the project, you’ll see that GMC uses almost the same flow pattern and cadence except for a couple of songs. The production may be partly to blame as well, so I would suggest a variety of different styles of beats with different tempos to push GMC out of his comfort zone. That’s why “Hail To The King” is my favorite song, it sounded different and GMC adapted to it which shows he can do different flows. I’d like to see him tap into that a bit more on the next project. For me the album should have ended with “The Realest Song I Ever Wrote” because his remixes for “Last Of The Real” and “Now Is The Time” sounded so similar that they didn’t sound like remixes. I could be wrong, but the beats sounded almost exactly the same and the verses sounded very similar to the originals and could have been left off the album, rounding out at a nice twelve song album. GMC’s ‘Last Of The Real’ is sure to have something for you and may be a project that’s worth your while. If you are looking for some honest Christ honoring hip hop with some great features, then this is the project for you.
Categories: Album Reviews, BlogBy Kenneth WoodsNovember 28, 2017
Tags: album reviewchhgmchip hopHip Hop BlogsKennyFreshlast of the realMidwest Hip HopTrackstarz
Share this post
Share on FacebookShare on Facebook TweetShare on Twitter Pin itShare on Pinterest