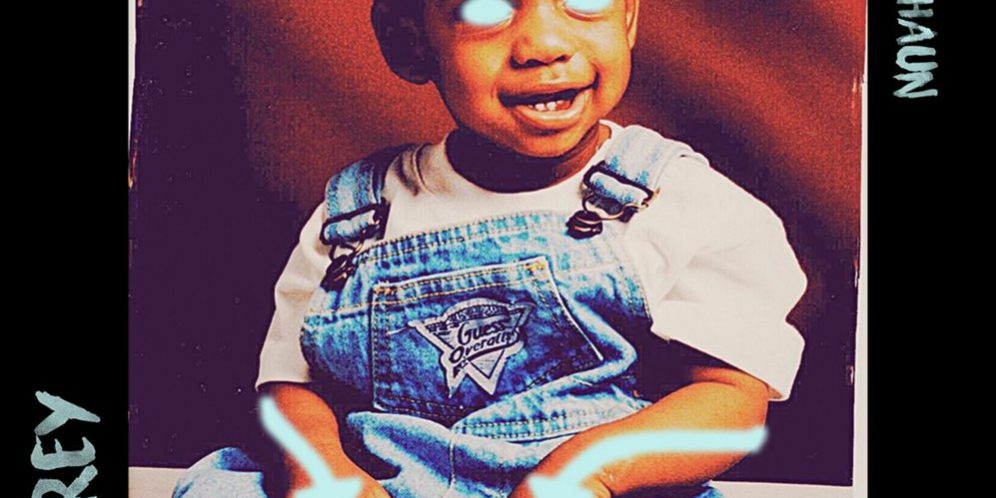 The theme behind Torey’s project was to speak about the pressure of the Christian leader to have it all together. The title ‘Avatorey’ was based off the Avatar: The Last Air Bender series, and the album art was also incorporated into this theme. If you look at the album you’ll see a baby picture of D’Shaun with Air Nomad tattoos that are lit up, indicating that young Torey was in the Avatar State. On the opening track “Wonder,” we hear a very melodic R&B intro and then some serious bass drops in. “I wonder why I know how to swim but don’t know how to float” is an incredible line. Swimming is done so you don’t drown, but floating is achieved by relaxing one’s own body and laying back. This line could be a metaphor for Torey saying he knows how to survive but has a challenging time learning to rest. Avatars don’t get much rest, especially in the Avatar State. The beat on this song switches a few times, so you don’t really know what to expect. Torey asks some questions and he realizes he doesn’t have the answers. He then goes on to speak on the mission he has and how he is trying to give God to his friends.

We move onto the banger “Whoah” and that’s pretty much all you can say is “whoah.” The beat is very trappy with some nice airy elements in it. Torey just spazzes on this beat and near the end the beat more of an epic sound. Torey croons that he hopes the listener ends up wrestling with God. Song number three is “Unconscious” and has all the vibes one could possibly ask for. The theme of this song  is that though many of us are walking around, most of us are really unconscious. This may be my favorite song on the project. I love this hook featuring Ivana Nanthavong. Torey makes a good point about people not wanting to rock with you until someone with a blue check (verified) cosigns, which is a shrewd, sad, and valid point. Next is “Blow My High” and it’s a pleasant change of pace for the project. D’Shaun does a lot more rapping on this song and I appreciate it. He does a lot of flexing and eventually goes into some crooning. The song then transitions into something that sounds like an entirely different some. We hear some gunshots and Torey switches into some story telling about a young man who got shot down in the street. The line “God and death are on the same team” really stood out to me. All of this reminds Mr. Avatorey that he’s been taking life for granted.

The second to last song on ‘Avatorey’ is “Would You Love Me?” I honestly did not expect this song ong to be on the project, because Torey coes out of left field and does a ballad of a song! Marquita and Mark Goins are featured on this song and really add a nice touch. The piano adds a somber mood to the atmosphere. Torey speaks about not wanting to open himself up but, “God’s business is my business.” I absolutely love this hook and Torey’s line, “ I grab a mic and microwave until I’m microscopic” is a dope line. Mr. D’Shaun closes out the project with the cleverly titled “Gucci Louie Prada Xcuse Me.” The song is about celebration and everything from the lyrics to the production conveys that message. The song sounds very triumphant and he’s got some great lines spread throughout it. The “God was in my face, but I couldn’t see him cuz my phone was in the way” really hit home for me. I also liked “I might just run around this church/ God paid a hefty price for your body betta know your worth.” Torey’s whole second verse on this song may be my favorite verse on the EP. It’s a wonderful way to end this project.

In conclusion, Torey D’Shaun’s ‘Avatorey’ project is an amazing project.  Production is top notch and the lyrics are on point and I enjoyed Torey’s singing. My only caveat is that I would like Torey to focus his writing a little bit more. He’s a great lyricist but on some of his songs he seems all over the place talking about a myriad of subjects. His song “Whoah” is a good example of this. He is very young in his career but he’s making some great music and touching on some dope subject matter. I can’t wait to see what he has next for the world, and he is an artist worth keeping your eye on. Do yourself a favor and check out ‘Avatorey.’