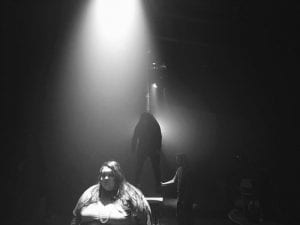 Suicide remains among the leading causes of death of children under 14, and the epidemic is addressed in Sicily’s music video for “Heart on My Sleeve” featuring Jonathan Long and Jay Parker. The video below is released just in time for the launch of National Bullying Prevention Month in October.

Sicily, who is a former Guinness World Record Freestyle holder has already released three anti-bullying raps on her YouTube channel, cried on the set of the “Heart on My Sleeve” music video that depicts the horrific results of school-age bullying. The video shows an actress portraying a teenage Sicily being teased about her weight and committing suicide in the tragic ending. “It really hit me hard,” she explains about the taping of the scene with a young girl hanging herself. “In the ‘90’s, you got to go home an escape your bullies from school. In 2017, your bullies have access to you 24/7 through social media. Kids are not the only victims now but adults as well.”

It was video director Kevin O’Neill’s idea to incorporate the hanging scene. “I want people to see what the end result is when you do this,” he says about the video produced by DeMarco Films and Olive Ranch Road Productions. “Personally, if we have 100, 1000 people that are changed as a result of this, then it’s worth it.”

Jonathan Long’s storyline portrays a boy struggling with low self confidence and identity issues because he wears glasses, and Jay Parker’s scene shows a boy being verbally abused by an overbearing parent. “I’m telling the person resembling me, You can wear those glasses, be who you are,” Jonathan says.

Sicily, whose first memories of being bullied date back to when she was 7 years old, says she hopes the video brings awareness about the epidemic. “I’m challenging people to wear their hearts on their sleeve,” she says. “Just be open about what’s going on. Hopefully, we can help people overcome the issues of bullying.”

Check out the below videos and let us know your thoughts.