Thi’sl – “Not Enough Dope In My Rhymes”| @thisl @damo_seayn3d @trackstarz 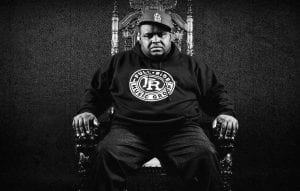 I had the pleasure of going to see “All Eyez On Me” the Tupac Shakur bio pic. I’ll give it a 3 out of 5. Not a bad movie. Not as good as I thought it would be. Or at least not as good as the hype I heard around it, but still overall a decent movie. This isn’t a movie review so I digress…. LoL.

It was interesting seeing Pac’s story play out. I definitely feel like we lost, not just a rapper, but a future great, black leader. He was definitely revolutionary for his time. Pac had the Vice President of the United States, Dan Quayle, doing a press conference about his music. Not in a good way, but to have that much of an impact is impressive in and of itself. While his music was not “family friendly,” he had some hard hitting messages in his songs. Some illicit ones too, but that was the issue political figures had with him.

They felt there wasn’t enough positivity in his songs. That he further promoted the things that were tearing down our communities and our nation. Nothing positive to help uplift our people. I truly believe the impact he would have had in this world was cut short. In the short time before he died from 1991-1996, Tupac had released 4 albums and recorded 4 films.

After all of this, it wasn’t enough. All of the negative media that surrounded him drowned out anything positive he did and some of the messages he tried to relay. That takes us into the throwback track of this week. No, it’s not a Tupac song, but definitely an artist that I’m sure has been influenced by him. This week’s track is by Thi’sl. It’s from his 2007 release entitled “This House I Shall Live.” 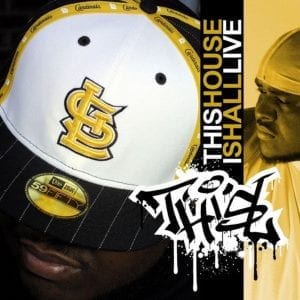 The featured track is called “Not Enough Dope In My Rhymes.” He speaks on how the secular world is not accepting of his music because it’s not street enough…because he talks about Jesus Christ. Thi’sl comes with a banger on this track so that he can hit you literally and figuratively with the truth of the gospel. He even references that he’s not trying to be like Pac, Biggie or 50 Cent. He’s never been shot and lived and he’s not going to front for the culture to be credible. Who he is in Christ is enough for the purpose God has called him to.

It is good for us to be inspired by those who came before us and those whom we respect, but never think you have to be that person or that you lack something because you don’t have what they have. God did not create you to be them. He made you to be YOU. God’s Spirit lives in you and He has given you the gifts talents and abilities you need to fulfill His plan for your life. Maximize them and use them to the fullest.

With that said, check out this week’s song and be encouraged. Let us know what you think. Until next time…