NOTE: This is not necessarily a reflection of Trackstarz but solely of the writer.

So I came across this hashtag #CHHSexism and apparently its been gaining steam the last few days with an onslaught of artists, fans, and people in between chiming in.

Reading across these tweets showed me how much of an issue this is.

Example #2 (the one who kicked off the discussion on twitter)

and this tone-deaf response

I do relate to an extent to under representation that the women feel. As an Asian-American, I am the only AA person on staff (props to Trackstarz for taking a chance on me btw). At concerts, either as a fan or doing coverage, I am the only AA there (not including folks that I bring).

Even on the artist side, there are folks such as MC Jin (occasionally), the extremely underrated HeeSun Lee, and most of the folks at Good Fruit to name a few. However, being southeast Asian (Thai), their life experiences are somewhat different than mine. All this to say, I get that part.

On the other hand, I am not a woman and taking the time to read everybody’s perspectives, particularly the women both on the mic and behind the scenes, has been very enlightening. I remember trying to find women making music in the scene that I could share and I had a lot of difficulty trying to find a few folks. Lack of support and resources can lead to situations like mine, which potentially robs people of being exposed to great artists making great music. In the Trackstarz Universe facebook groups (which yall should sign up for), these discussions are definitely had.

One question that came up was something along the lines of,

“Why doesn’t Reach or RMG sign a female artist?”

I don’t want to get into all of that because that could be a completely different topic but my response was something like, “there’s not a clear template for how to market a female artist with measurable returns that’s not sexual.”

That’s from my understanding though I could be wrong but the culture has historically played catch-up to their mainstream counterparts.

In mainstream hip-hop, outside of someone like a Lauryn Hill (without going decades back), there are maybe a handful of artists (if even that) that were pushed based on talent and not looks or sex appeal. Because our genre mimics theirs to an extent as far as sound and structure are concerned, we also mimic their issues as well unfortunately.

In the public eye, women are growing more emboldened to bring light to issues of gender inequality in all aspects of life and I genuinely believe that it is something that we as a genre and we as a church should embrace, even if it makes us uncomfortable.

Take out the word IMAGINE, and here we are.

IMAGINE a space that welcomes women, that has women excelling musically, signing to labels, getting love on playlists, and making moves behind the scenes. IMAGINE women being prominent on the touring circuit. IMAGINE comment sections where people are more empathetic and understanding. I can go on and on but ultimately…

IMAGINE a world where women are truly equal and treated as such.

Now, IMAGINE a time when this is no longer a needed topic of discussion.

Take out the word IMAGINE, and that’s what we could be…

Historically though, the church has struggled or been on the wrong side of issues like this.

As much as we abhor being the ‘alternative’ to anything in the mainstream, I think this is an area we should strive to be the alternative in.

For my brothers, listen to understand, not simply to reply. Step up and say something if you see a sister being treated differently or unfairly. Be intentional about connecting with women genuinely. Treat women like they’re people. Utilize your platform positively. And do not be afraid to be humbled. That is how we learn and that is how we can grow.

For my sisters, be encouraged that these conversations are happening in growing numbers (even if change seems slow). Be patient (cause us men are stubborn, sorry). Encourage and uplift one another. Connect with those that are understanding or willing to understand. Remember that it is not your job to convince them; you will grow tired if you try. And don’t be afraid to block/stay away from those that are unwilling to understand or grow.

I could go on and on but I think you, the reader, gets the point so I will leave you with this.

Our faith compels us to action, not apathy so let us make choices that will move us forward.  If women find that our genre is a place where they can be themselves sincerely, our artists and our message will naturally be brought over into places where that is lacking (which are numerous).

Our message has the potential to be life-changing so let’s take a situation that we’ve been losing at and start winning because when one of us wins, we all win. 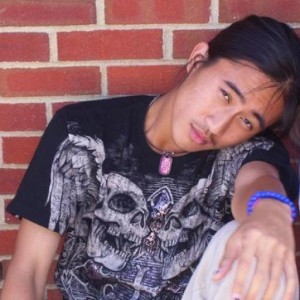